We do not often see battle scenes built out of LEGO, for multiple reasons. First of all, amassing a vast number of identical minifigures for an army is not in every builder’s budget, but also arranging them into a convincing action scene is more difficult than it appears. ~The Maestro and his brother in arms Joshua Wilson were as brave as the little plastic warriors of the diorama for taking up this challenge, and they emerged victorious. The battle looks very believable, but more than that – the setting does not lag behind whatsoever. 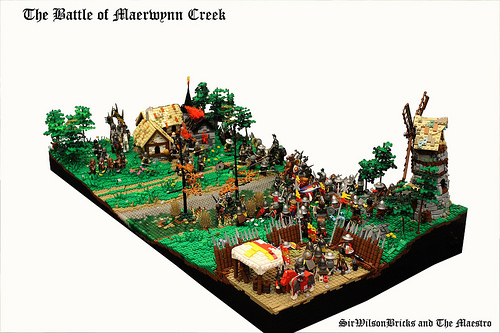 This diorama of a raiding party attacking a defensive settlement has everything you could wish for; a burning village, tactical fortification, and a realistic landscape, where a battle like this would really happen. I should point out that there are many very well-built parts of the diorama that may go unnoticed with the battle as the focal point – especially the houses of the village and the old windmill. 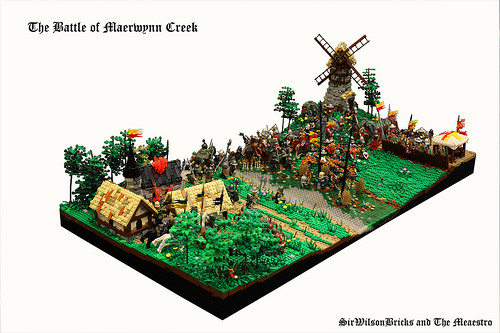