This month I am taking part in the ABS Builder Challenge against Legofin, Julien Andries, and Aaron Newman, all of which have already built more than two creations using the minifigure handheld fan seed part. I am a little behind, as this submarine is only my first entry to the contest. However, I think the extra time was well spent, as I am very happy with how the build turned out. It uses the fan part a total of 12 times, 16 including those used on the fish as fins. Four of these are used as an intake, barely visible on the bottom of the cockpit. 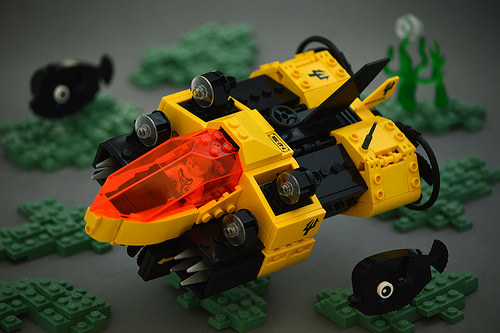 Eight are used on the back as the fins on the propellers: 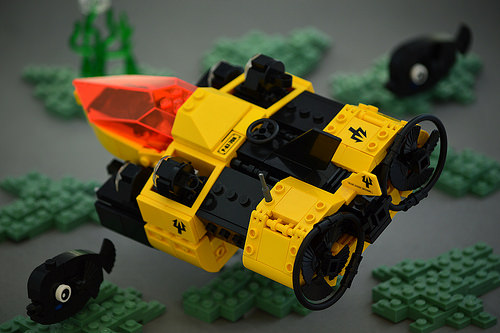 I probably should have saved the fish for a separate entry, since this is such a hard part to find uses for, but they fit so well here and added a lot to the photo, I just couldn’t resist.