I’m sure most of you have seen or at least heard of Battlestar Galactica, the series created in the late seventies and re-imagined in the early 2000s as a three episode mini-series followed by a six-year stint on television. David Duperron is clearly a huge fan, creating a UCS scale LEGO version of the Colonial Viper MkII, the famous fighting vehicle that made short work of the Cylons during the Cylon War. 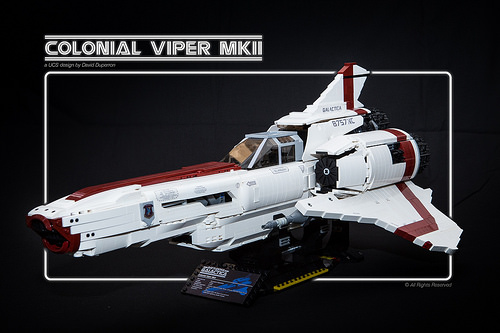 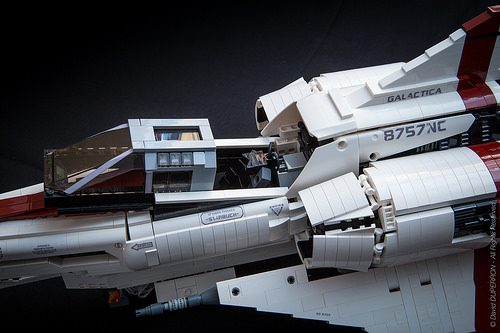 The Viper is armed with multiple kinetic energy weapons. Both known models have weapon hard points for mounting missiles under the wings. The ship features two forward-firing 30mm mass accelerator cannons mounted in the wing roots and one forward-firing Lightning Javelin missile launcher in the belly and up to two missiles (nuclear or conventional). 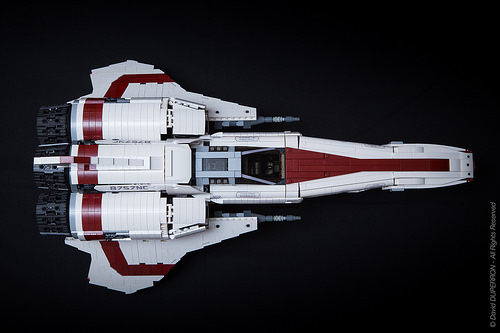 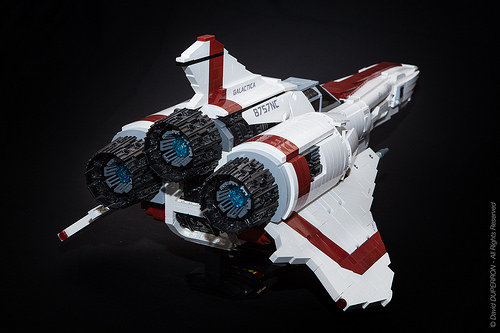 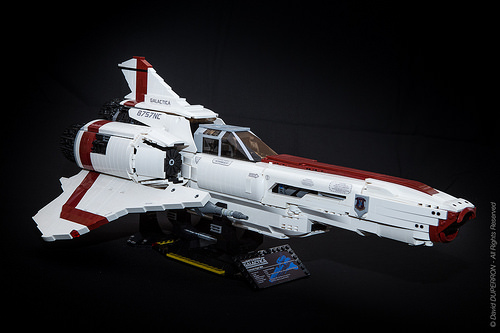 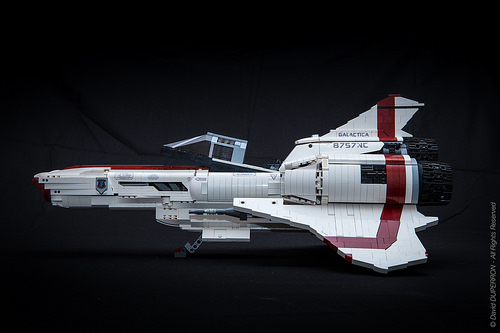 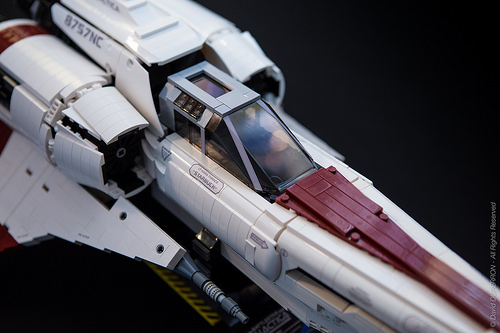 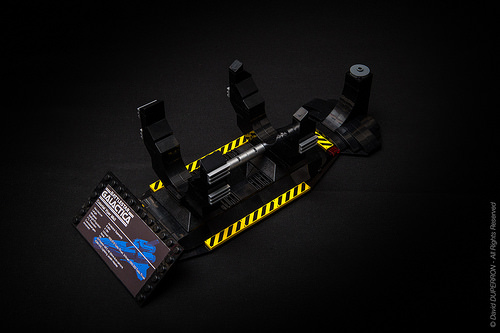