Mr Bean, the comedic character both created and played by Rowan Atkinson, is a firm favourite all over the world. He has a tendency to get into all sorts of trouble while attempting to achieve relatively mundane tasks, but the comedy value often relates to his innovative solutions to any problems he encounters. Patrick B has built a LEGO version of Mr Bean’s house with lots of details that relate to the Christmas special episode Merry Christmas, Mr Bean. 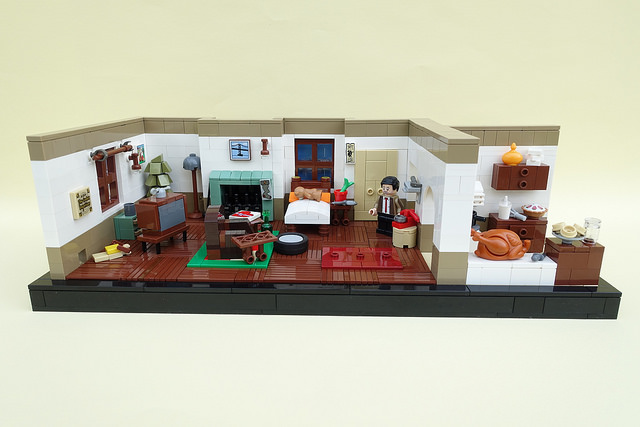 I am a huge fan of Mr Bean and recognised so many of the little details in this fun creation, from the mouse hole and ingenious LEGO mousetrap (mouse gets a piece of cheese in his Christmas stocking and it is ‘served’ on the mouse trap), the stocking hanging on the fireplace, the stolen Christmas tree, and the infamous turkey that awaits Mr Bean’s attentions later in the episode.

When Mr Bean finds that the television shows are less than ideal, he hears the sounds of carol-singers outside. The alternative view below shows that this detail has also been captured with a couple of young singers in the background ready to lull Mr Bean into an deep oblivious sleep. 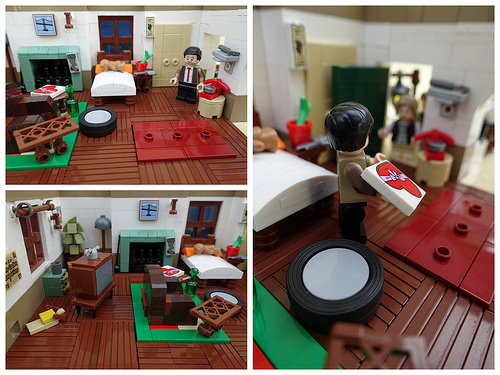 Fans of Mr Bean may also like my LEGO version of Mr Bean’s mini, complete with instructions.