The recent tradition of LEGO releasing special collectible sets for the official Star Wars convention, known as Celebration, never fails to capture anticipation and attention. This year’s event – which also coincided with the 40th Anniversary of Star Wars – happened a few weeks ago and LEGO did not disappoint eager fans. This year’s exclusive LEGO item is a 220 piece set called Detention Block Rescue, and features Luke and Han in detention block AA-23 from Star Wars: A New Hope. 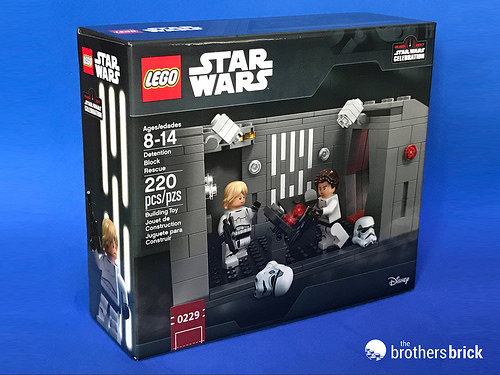 The set was available only via raffle, and around 2000 copies were sold throughout the four days. Lucky winners on site were able to purchase it for $40 USD. And as is usually the case with exclusives like this, they are now going for more than $200 on eBay. Each day four fans were also randomly rewarded with a set for retweeting a post for the giveaway. 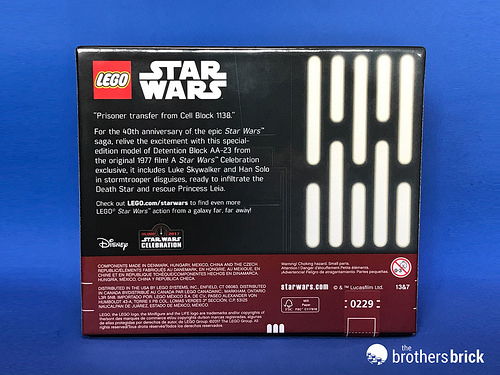 The set’s box is uniquely built as a slot-in style case. Its print quality is extremely high, using glossy material to give it a premium feeling and is sealed with a serialised sticker to indicate the running number of sets issued. It’s exactly the same format as the SDCC Brickheadz packaging from last year. Beyond the packaging and printed manual, nothing else is unique about the parts in this 220 piece set. So I’m actually pleased for fans that could not be present in Orlando, as they should be able to easily recreate it and enjoy the same experience – with the exception of the exclusive box and printed guide. 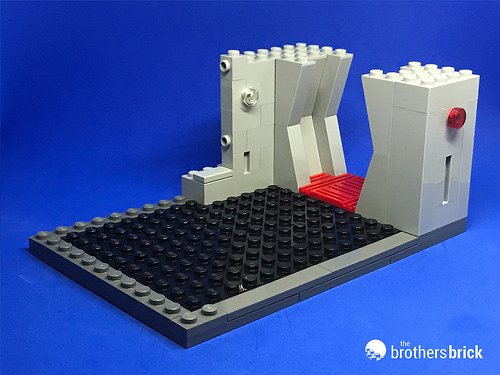 The build starts off with the foundational base and setup of the hexagonal corridor. Red grill parts are used to line the floor of the entrance to the detention block where the captive Princess awaits. This detailing of color is a nice representation of the actual scene from the movie, where the grills on the floor glow in a reddish hue. The back wall is my favourite part of the entire build, with that instantly recognisable Star Wars-ish corridor lighting design. 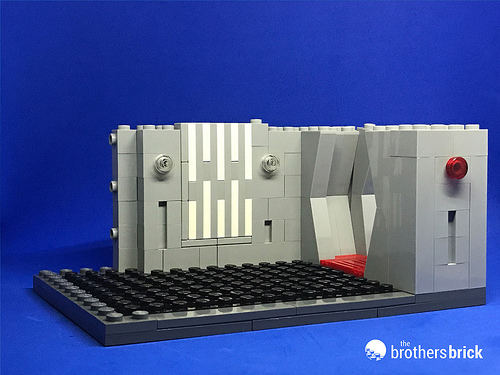 The third stage involves assembling the remaining walls (including a curved one) and mounting the door keypad, which is the only printed part in this set. It should be noted that this part is not unique and appears in at least 4 other existing LEGO sets. The cheapest way to obtain it would be from the 40175 Policeman Stinger polybag, which was a recent giveaway in UK LEGO stores.

The final steps include placement of the side roofing tiles to create a finished studless look, and the accessories, two consoles, and two cameras angled to monitor the room which Han Solo eventually destroys in the movie. 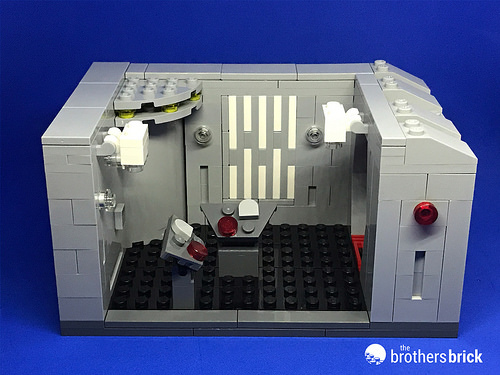 The two minifigures featured are none other than Luke and Han. Both feature the same torso and leg print but have unique headpieces and dual-expression faces, and are equipped with blasters. Two Stormtrooper helmets are also provided should you wish to dress both heroes as they appeared before they entered the control room. 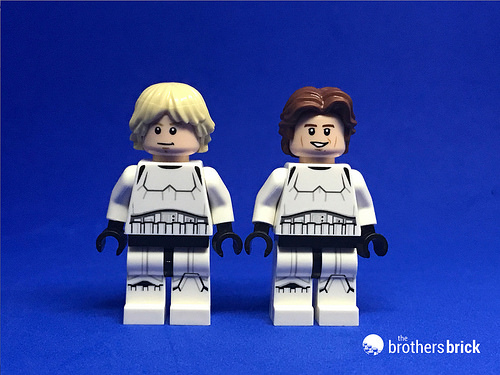 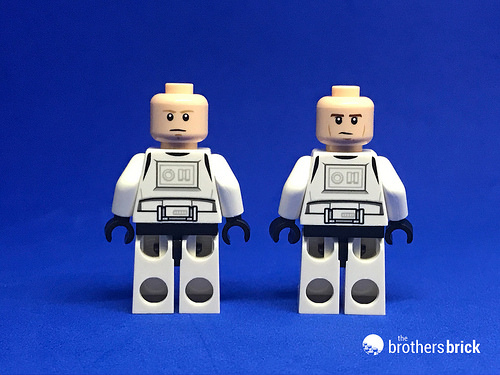 Although this is quite a small build, the simple design really captures the essence of this scene from the movie. I secretly wished that they had included Princess Leia to complete the trio of heroes. This is actually the spot where all three characters meet for the first time. Surely that must carry some significance? It might have been a nice gesture as a tribute to the late Carrie Fisher. Oh, well. 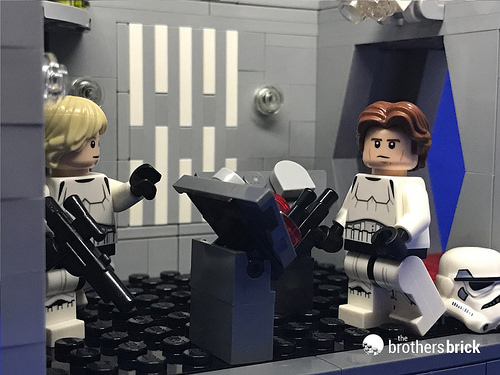 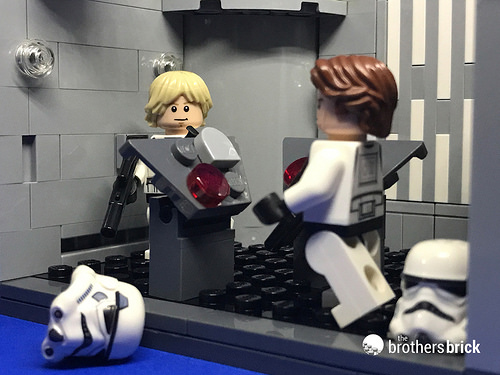 In summary, I’m glad LEGO didn’t use any exclusive elements here, as it gives everyone a chance to own this simple but nicely designed diorama. Detection Block Rescue is a quick build and a nice table top display for any LEGO Star Wars fan.

Happy “May the Fourth” to all of you from The Brothers Brick!