It’s perhaps surprising we don’t see more LEGO building inspired by Cubist art. Bricks would appear to lend themselves perfectly to the style. This unique series of character models by Korean builder Amida Na are an unusual take on building which relies on perspective and point-of-view, creating an interesting intersection between confusion and beauty. This isn’t the first time Amida has messed with our heads: The “folded space” of his previous cubist train set was also the inspiration behind these new creations. 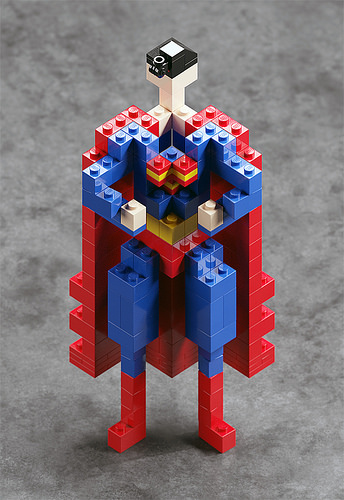 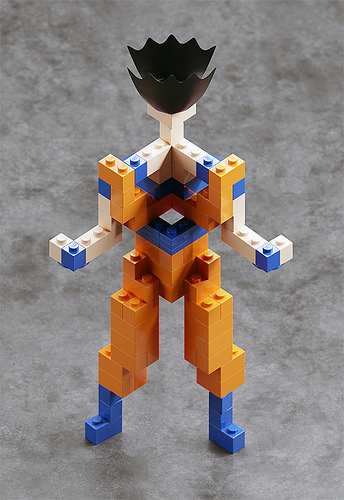 The build of Goku left me trying to process whether it was front facing or back facing – when it doesn’t really matter! In fact, the effect is strange. You immediately know what you are looking at, but are bewildered because it looks so odd. Then you are attracted deeper into understanding the model’s construction. The style is likely to evoke a different reaction in each viewer — but it rewards contemplation, seeming to yield up new details. 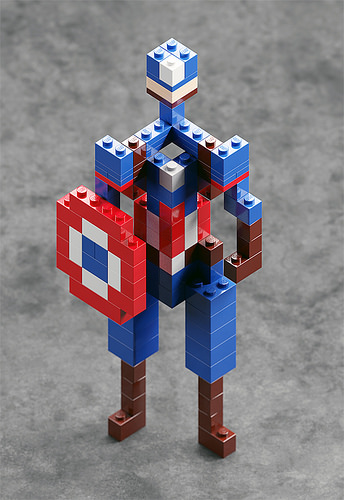 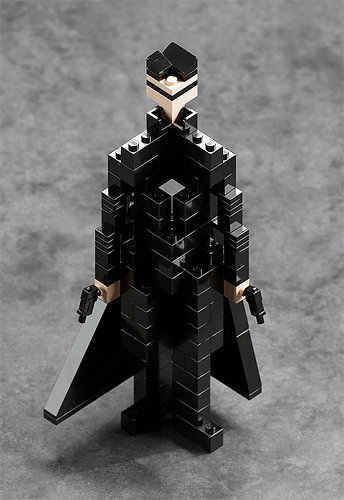 Amida describes the technique as eliminating the least important dimension, as many objects are distinguishable from their silhouette alone, especially character builds. What remains is a two-dimensional form, folded into itself to give it a sense of depth. The process of folding gives an aesthetic value of extruded facets, and from a practical standpoint it’s a good way of having the builds stand upright. Captain America is immediately recognizable, but also totally different from any other Cap’ model you’ve seen before.