It’s nice to see a LEGO mech placed into some sort of context, and F@bz knocks it right out of the park with this diorama of an unusual mech making a nuisance of itself on a busy city street. The cars and commuter train give an idea of the scale of the fearsome machine, and while the rest of the backdrop is very plain, it creates a real focus on the mechanical star of the show. 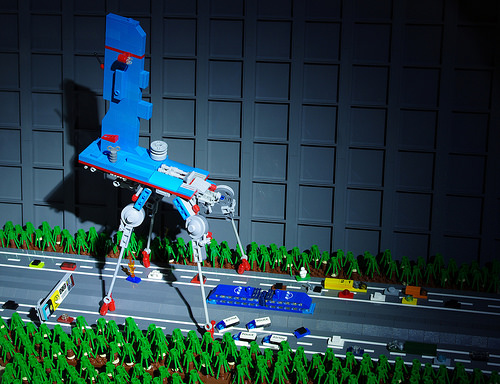 The mech design is wonderfully weird — spindly legs, a relatively smooth carapace stuffed with greebly detailing, and that vast sail panel sticking up from the machine’s rear. I love when LEGO builders let their imaginations run riot in genres that generally have established “rules”. This model breaks just about all the norms — and does it with real style. 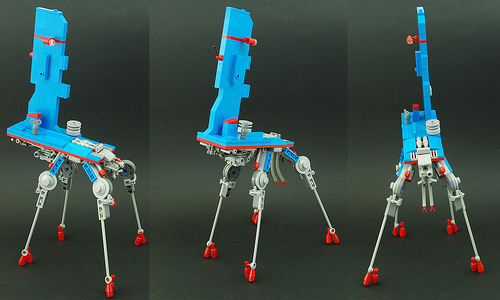