LEGO Rebrick has just announced a new contest to tie in with the upcoming The LEGO Ninjago Movie, called Ninja For a Day, and revealed a few of the upcoming sets. There will be six grand prize winners in this stop motion film contest, and the website states that prize bundle includes The full LEGO Ninjago Movie assortment and One exclusive LEGO Ninjago mystery set valued at $300 USD – to be revealed at a later date. Two of the movie sets are pictured in the contest announcement. 70615 shows the front of the box, which displays a large red mecha, and 70612, with 544 pieces, is called Green Ninja Mech Dragon, and the green dragon mecha can be seen on the side packaging. 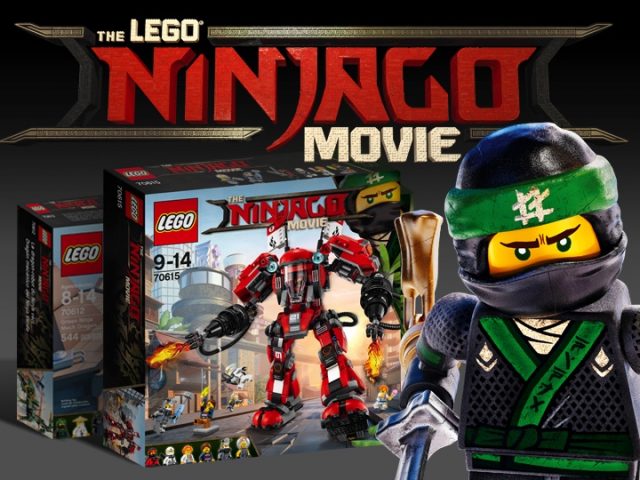 On closer examination, the minifigures can be seen along the bottom of 70615, which includes Kai and Zane, though only Lloyd and Master Wu can be seen on the smaller set.

Both sets can be seen in the trailer, though from what we saw at the New York Toy Fair, the green dragon set is smaller than its on-screen counterpart, and the 544 piece count confirms that. The red mech set seems to match the movie version in most regards, though there are a few differences.

Here some stills from the trailer showing the mech and dragon in the film.