Petr Guz reconsiders his life of an adult fan of LEGO in the most creative way — through a brilliant diorama full of philosophical context. Describing his work, the builder focuses attention on three peculiar pictures on the walls behind his self-portrait. Each picture depicts his life as it could have looked if he hadn’t picked up LEGO as a hobby years ago. Of course, Petr clarifies his life now isn’t deprived of sports, traveling or programming, yet it’s so hard for him to imagine it complete without his favorite pastime. 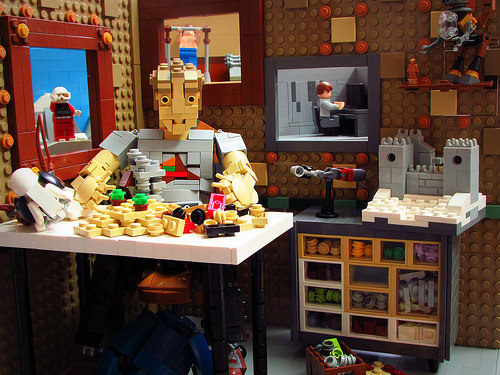 My favorite part of the build is a couple of creations lying around. A micro-castle on the top of the drawer is Petr’s citadel from last September, while a huge white moth on the table to the right of the figure was featured here just a couple of weeks ago.