Tracer has become my hero of choice when playing in Overwatch competitive play on offense. Her movement abilities suit my play style of unpredictable movement—giving me a chance to compensate for my poor aim. So my latest LEGO build is of Tracer’s primary ability, her dual rapid-fire Pulse Pistols. Constructed from 1,063 LEGO parts each (2,126 total parts for the pair), the pistols feature moving triggers, a working “reload” mechanism in which the side disks expand outward, and light-up elements powered by BrickStuff LEDs. 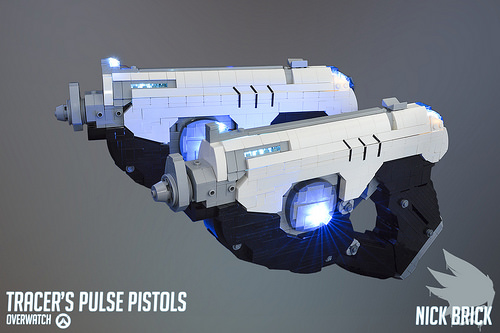 The most challenging part of the build was the reload mechanism. The same mechanics as in MyDifferentUsername’s KRM-262 Shotgun were used, but the mechanism had to be reduced from 4-studs wide to 3, so the disks on either side would maintain the overall 5-stud-wide model. 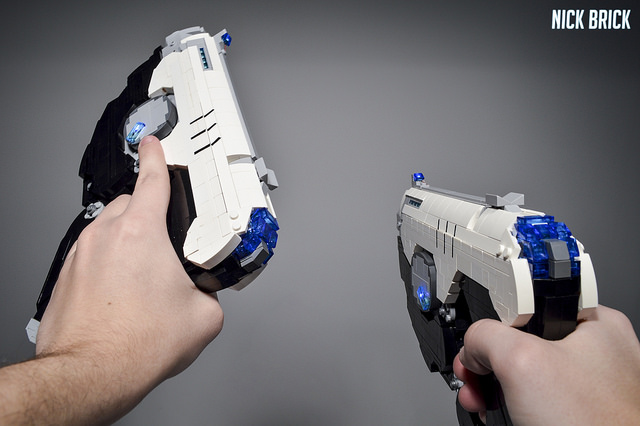 Watch the working features in both third person and first person viewpoints in the video below.