The relationship between Batman and The Joker has been the source of countless LEGO creations, not to mention the main theme of the recent LEGO Batman Movie. However, we don’t often see large-scale interpretations of where it all began, the confrontation between Batman and the leader of the Red Hood Gang at Gotham’s Ace Chemical Plant — as depicted in the classic graphic novel The Killing Joke. Once again Tim Lydy proves he’s a master of LEGO Batman creations, following up on his wonderful large-scale figures with this brilliant diorama. 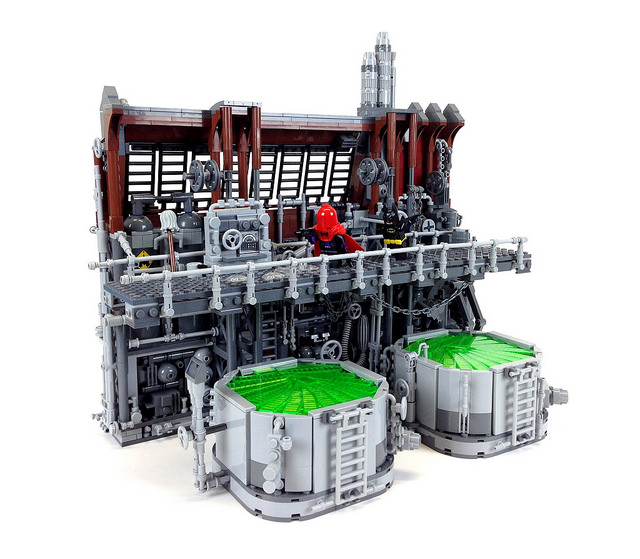 I love what Tim’s done with the chemical tanks — their contents look suitably toxic. And the level of detail and greebling creates a fantastic impression of a working plant, full of pipes and valves and gauges. As soon as I saw the Red Hood figure in the Batman Collectible Minifig range, I knew someone would have a go at this scene. I’m just glad it was Tim — he’s certainly done it justice.