It all started a few days ago when I saw a TV remote by Primož Mlakar‘s in my Flickr feed, with the description saying “I couldn’t imagine a TV without one :)”. I thought nothing more of it, only to be surprised later by teaser shots revealing the television set that needed the remote. 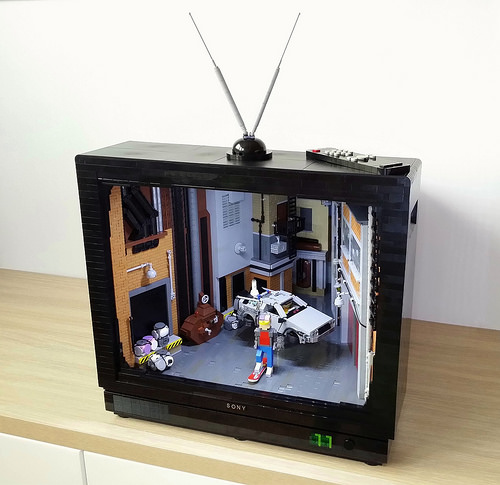 The TV’s general shaping is spot on, and nostalgic for anyone growing up with these old-school TVs. The antenna, the little channel display screen, and Sony logo are just perfect. The forced perspective Back to the Future II scene demands closer inspection. Primož tells us in the description that the layout was the starting point and was intended as a minifig scale diorama, but as he encountered some problems with scale, he decided to make a forced perspective build. Turning it into a television set was just the next logical step. 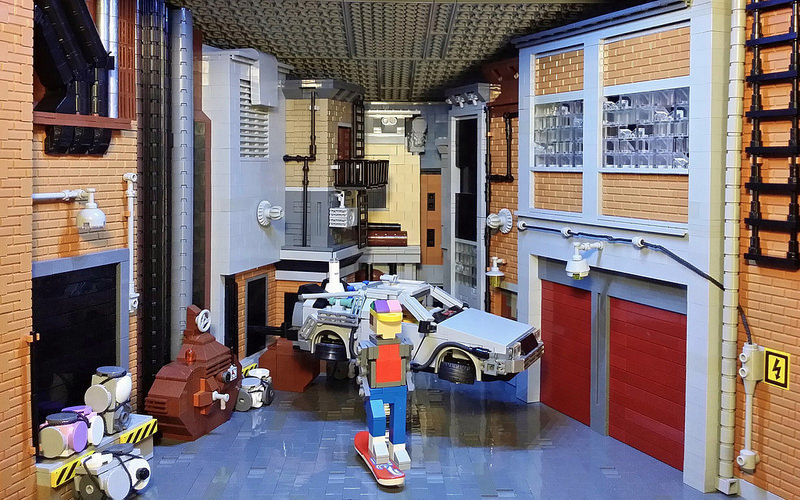