What killed the dinosaurs? The Ice Age! Whether you love him for his puns or hate him for the same reason, Mr. Freeze is an excellent counterpoint to the broody Bat of Gotham. So buckle up readers and get nostalgic for icy puns because it’s time to review Mr. Freeze Ice Attack (Set 70901). 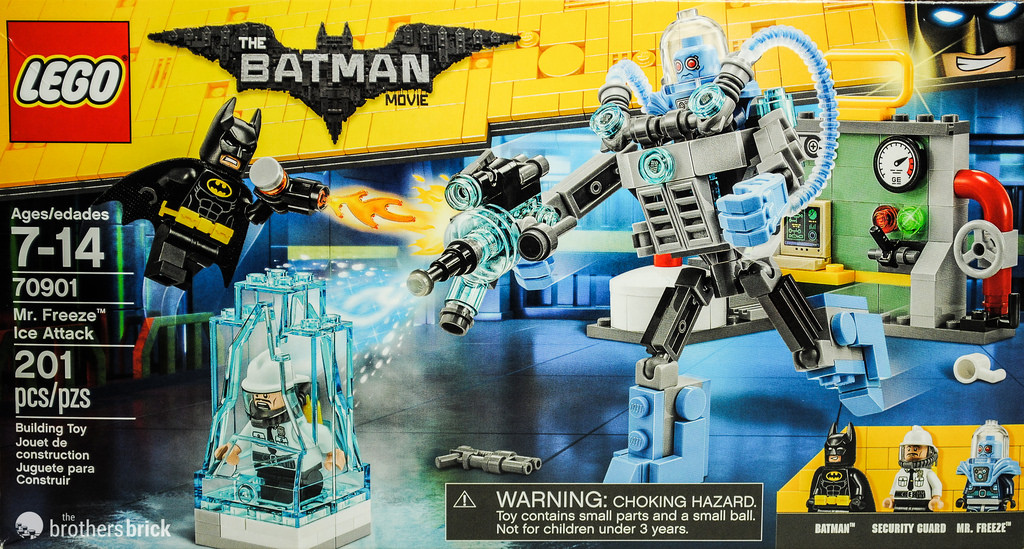 This set retails for $19.99 and has 201 pieces. Based on LEGO’s standard pricing of $0.10 per piece, this price tag is pretty much spot on. It comes with three minifigs (Batman, Mr. Freeze, and a Security Guard), Mr. Freeze’s Exosuit, a power plant console, and a minifig-sized chunk of ice. Interestingly, this set combines with two other new Batman sets: 70900 The Joker Balloon Escape and 70910 Scarecrow Special Delivery. The end result is a mega-set that looks like the power station from the opening scene of the LEGO Batman Movie. Pretty nifty, right? 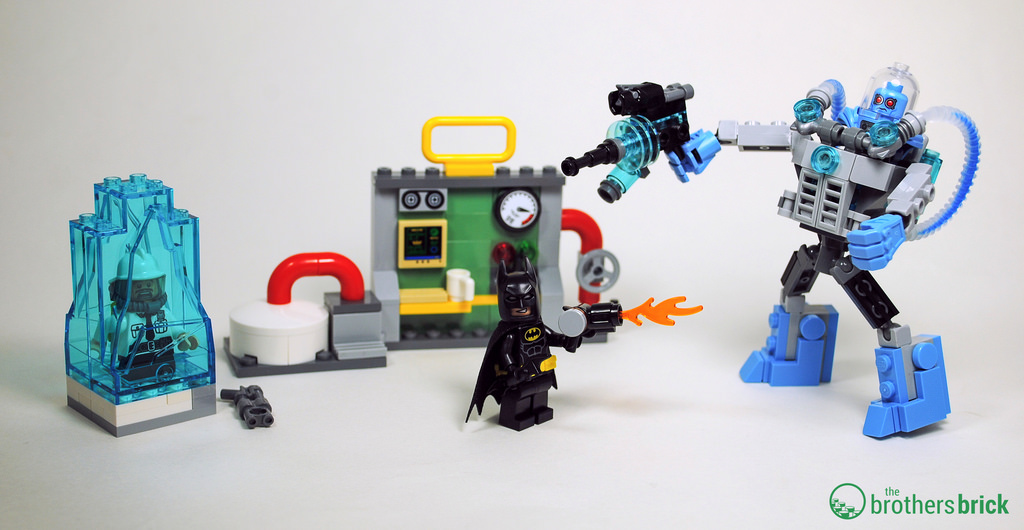 Over the years, there have been several LEGO Batman sets featuring Mr. Freeze. Back in 2006, we had The Batcave: The Penguin and Mr. Freeze’s Invasion (which looks suspiciously like LEGO’s recent Batcave Break-in if you ask me). Then in 2008, we had Batman’s Buggy: The Escape of Mr. Freeze (an underwhelming duo of vehicles looked like something your 8-year-old cousin designed on a rainy afternoon). And in 2013, LEGO released Arctic Batman vs. Mr. Freeze: Aquaman on Ice (which featured the coveted white-cowl batman, my personal favorite superhero, Aquaman, and a Mr. Freeze suited up to go deep sea diving).

Even if you already own one (or all) of those old sets, you might still be interested in picking up this set because it’s got some fun new pieces and a completely redesigned Mr. Freeze.

There are two main components to this LEGO set. First is Mr. Freeze’s sweet exosuit, which stands around 11 centimeters tall. Overall, the suit is a little disproportionate in my opinion, as the legs are rather thin looking. But, it is very flexible and posable. 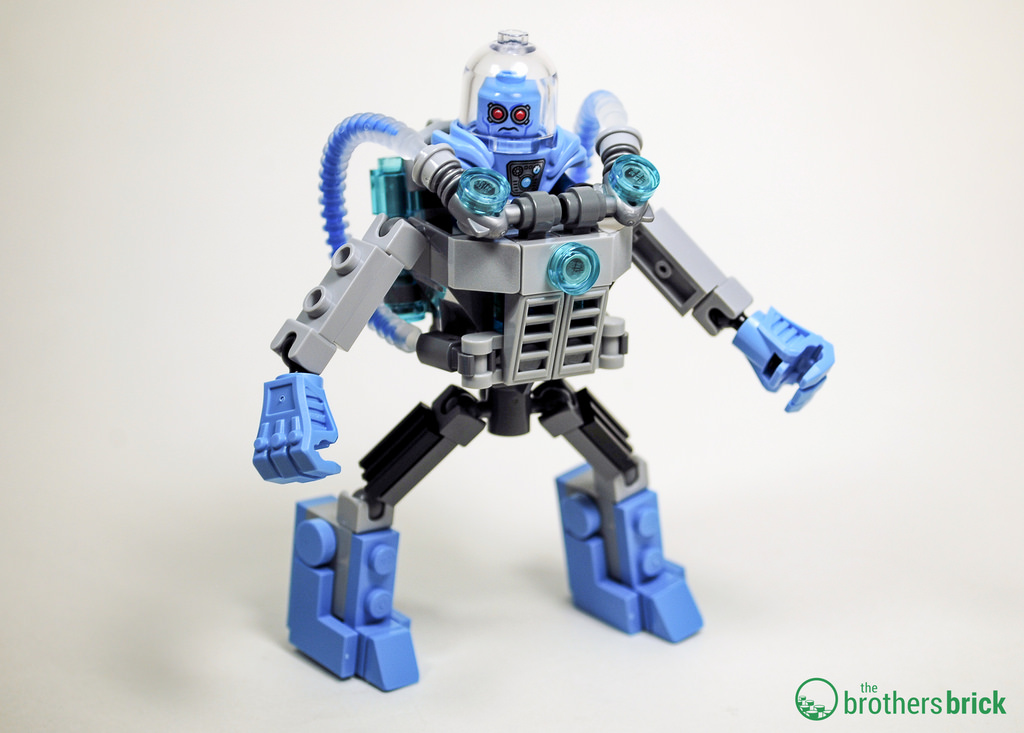 Allow me to break the ice: My name is Freeze. Learn it well, for it’s the chilling sound of your doom! 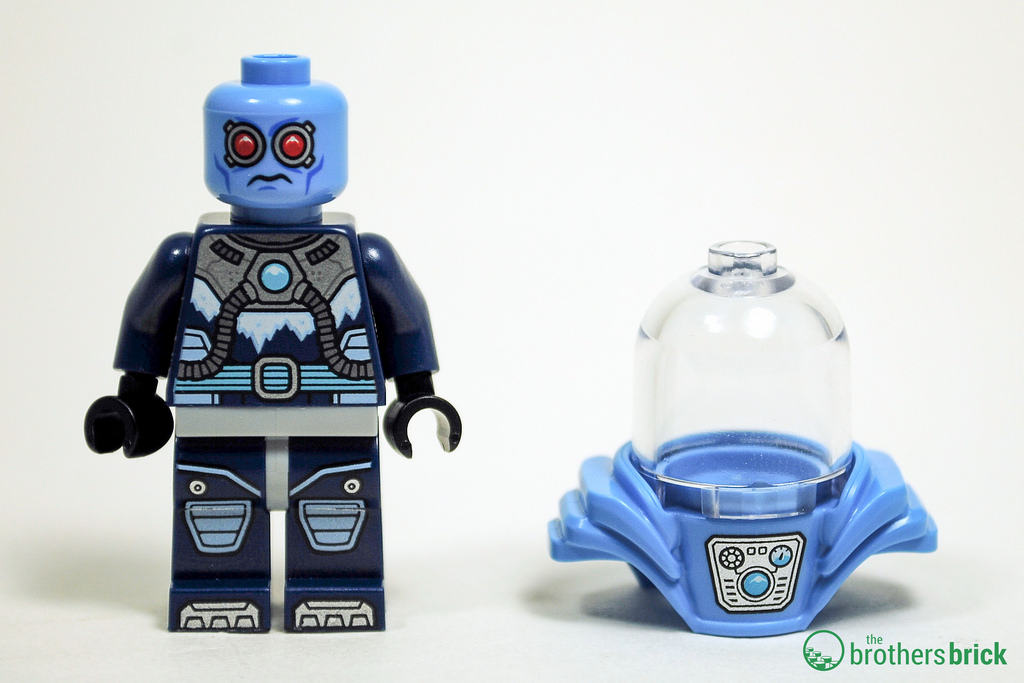 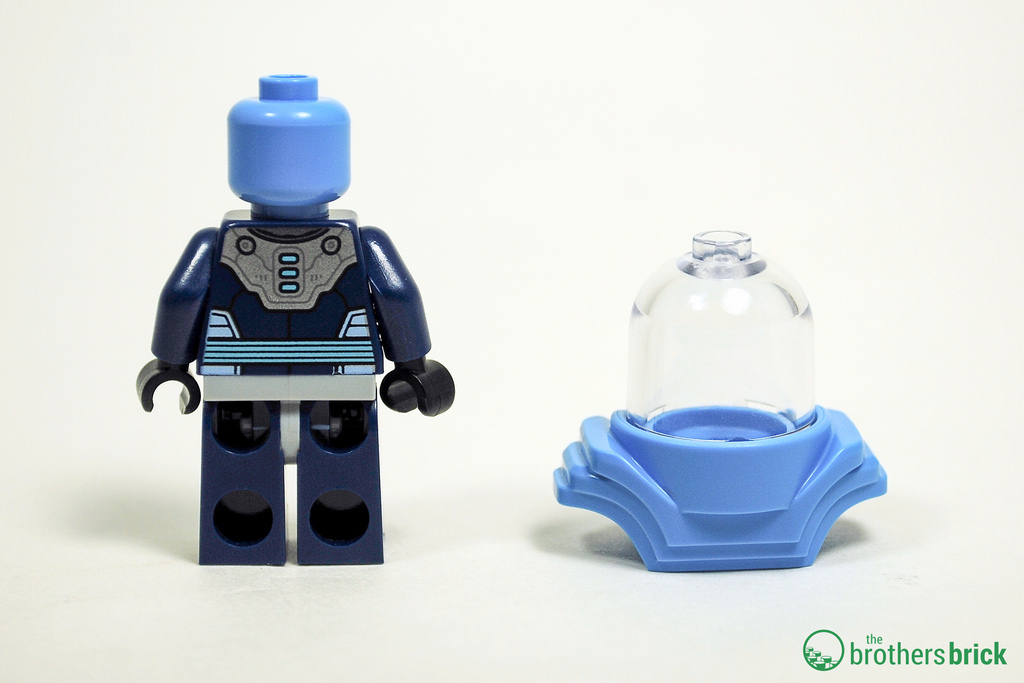 The new Mr. Freeze (aka Dr. Victor Fries) minifigure design is a step in the right direction. Rather than a weird insect helmet or deep-sea diving equipment, Mr. Freeze finally has something akin to a real cryogenic suit. The design on his chest piece is printed, not a sticker, which is always goods news. I’m also a fan of the medium blue face rather than the old white one.

The best part about Mr. Freeze’s exosuit is all those medium blue pieces. It’s always nice to see parts in new colors, and medium blue is one of my favorite LEGO colors. This set has medium blue plates, cheese slopes, 2×2 corner tiles, 1×1 round tiles, those robot hands, and the weird flex tubing. 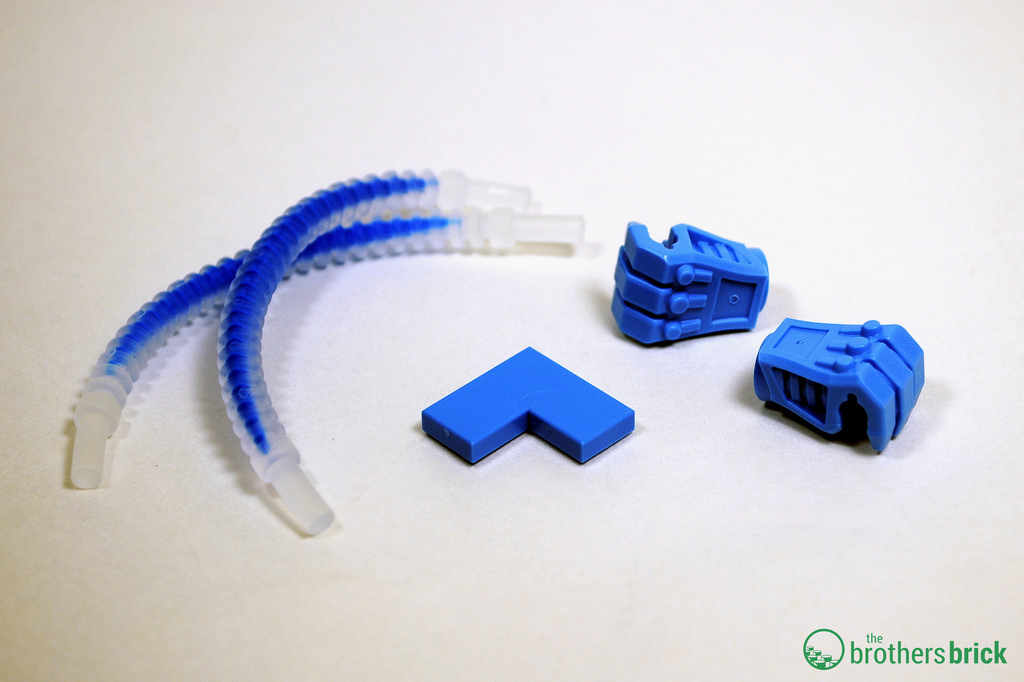 The next component of this set is the power plant console. It may be tiny, but this little section of wall has some interesting pieces. The new red elbow pieces are very cool and there are several levers and buttons for your minifigs to interact with. Though I’m not really sure why there is a safety railing on the top of the wall. Perhaps it becomes useful if you merge this set with the two others. 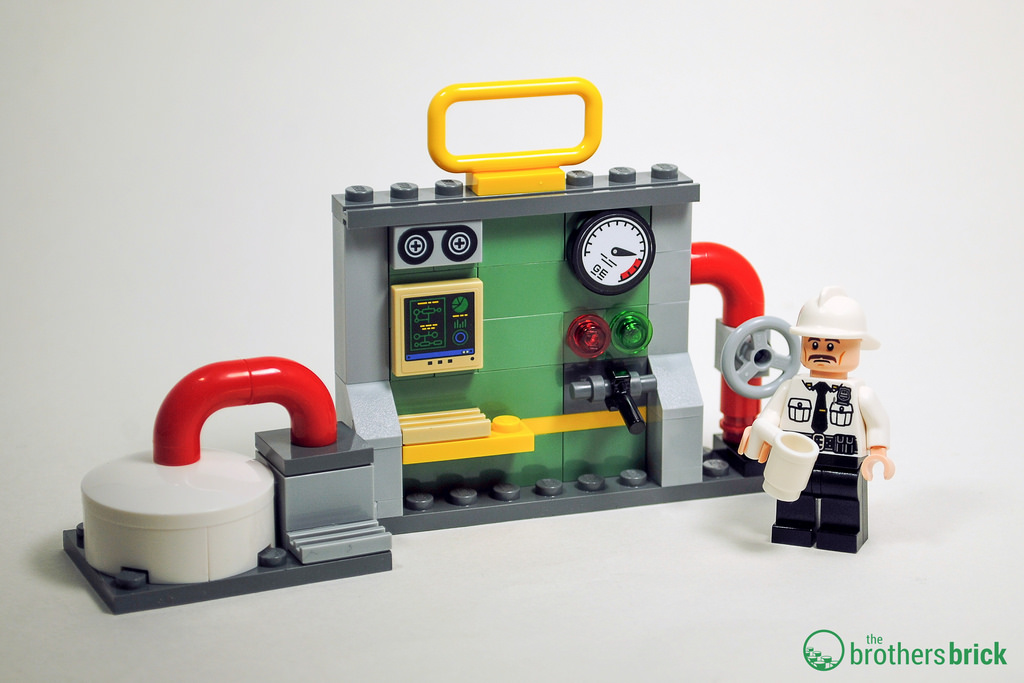 The security guard fig is more or less standard fair. He comes with a normal, grumpy face and a frightened face on the other side. Also, check out that tie clip! So fashionable. 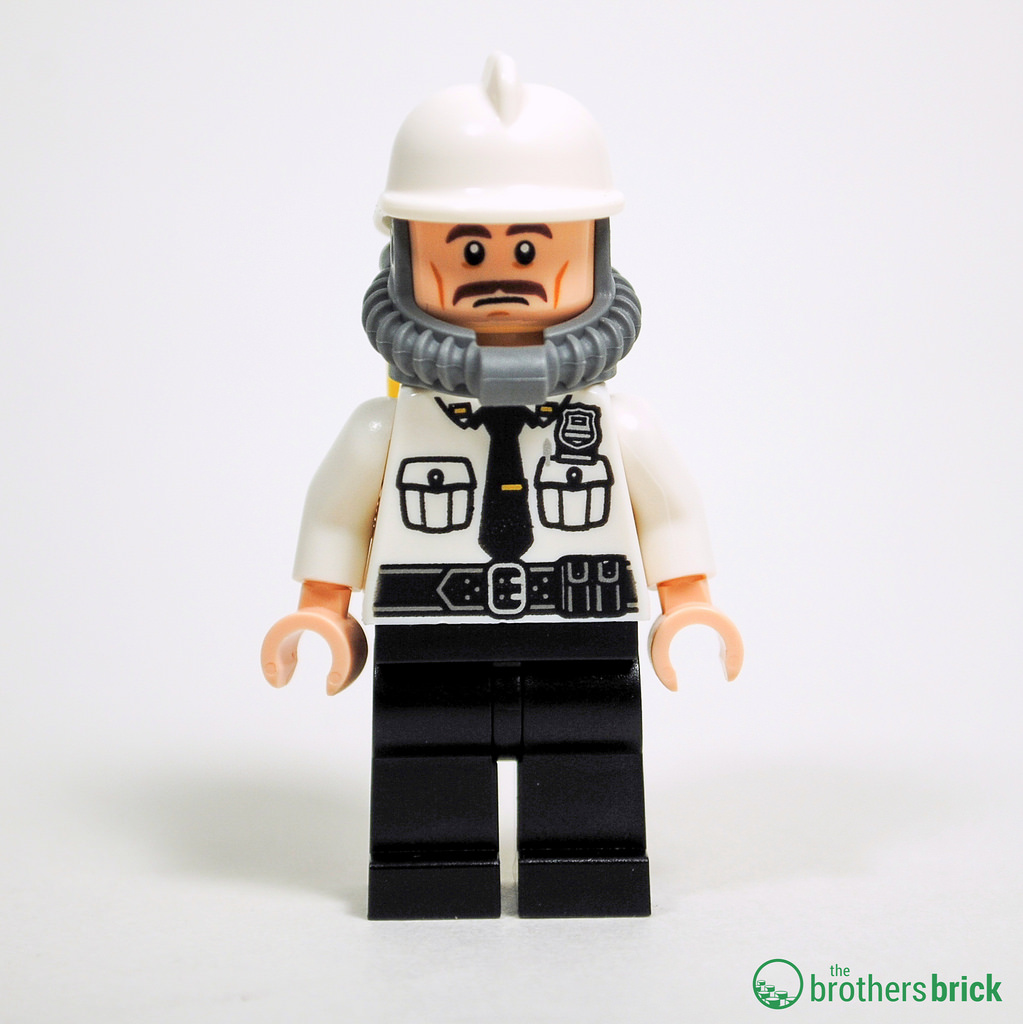 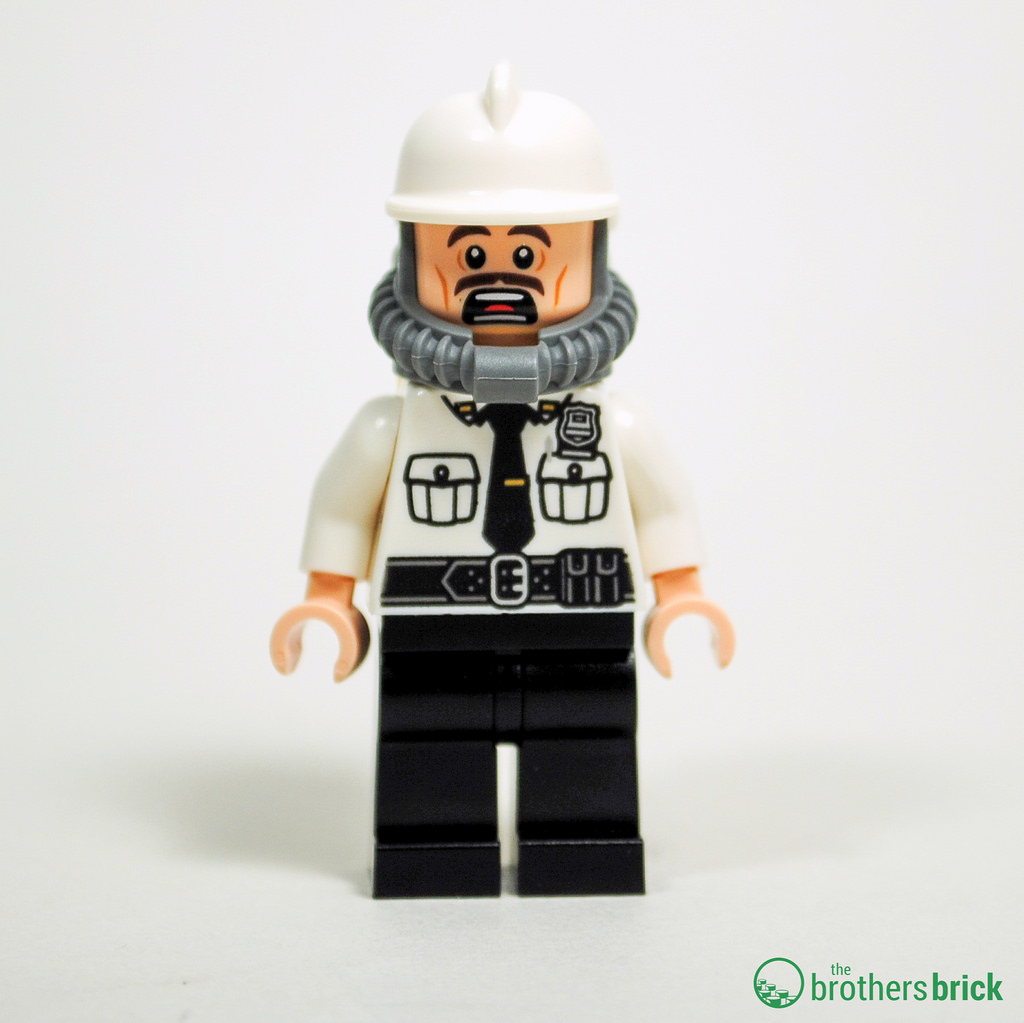 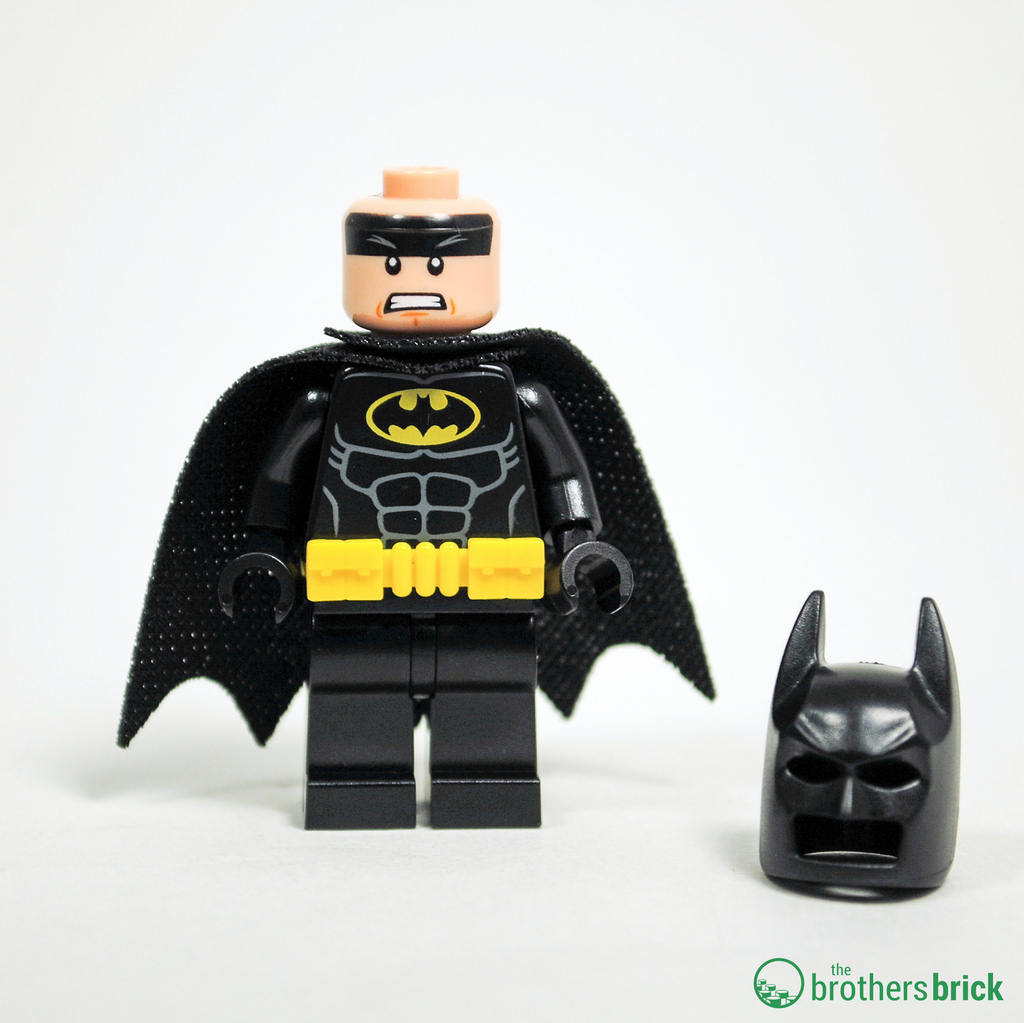 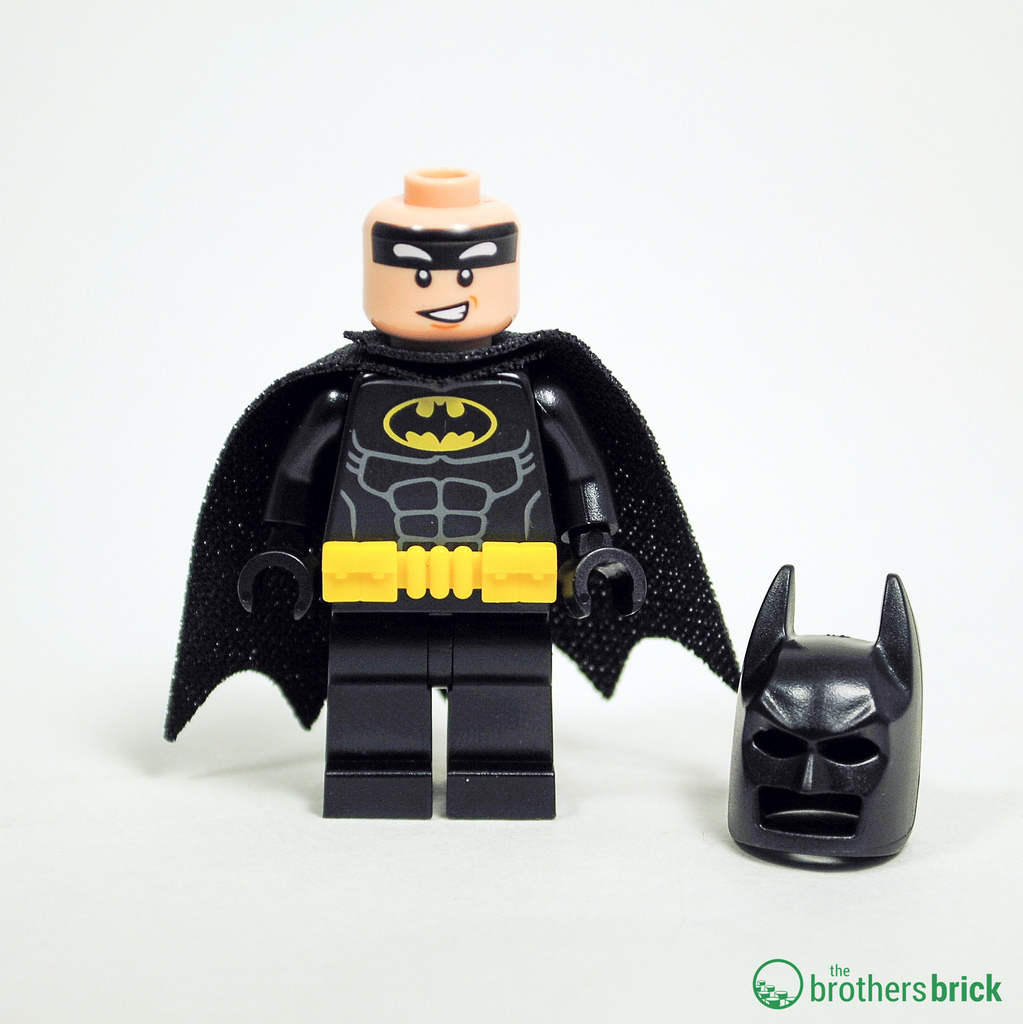 The set also comes with your standard, crime-fighting vigilante (aka Batman). Like the Batman figs in the other sets from this line, he comes with an unstarched cape, utility belt, cowl, and a nine pack. (That’s right folks, count ’em. Nine abs!)

Lastly, the set comes with one printed tile (the cassette tape) and three stickered tiles: exosuit control panel, computer screen, and a gauge. Word to the wise, when LEGO tells you to put the tile on the wall BEFORE you put the sticker on the tile, listen to them. I assume I was smarter than LEGO and put the gauge sticker on the 2×2 round tile before placing it on the wall. If you look at the photo above, you will see why this was a mistake. 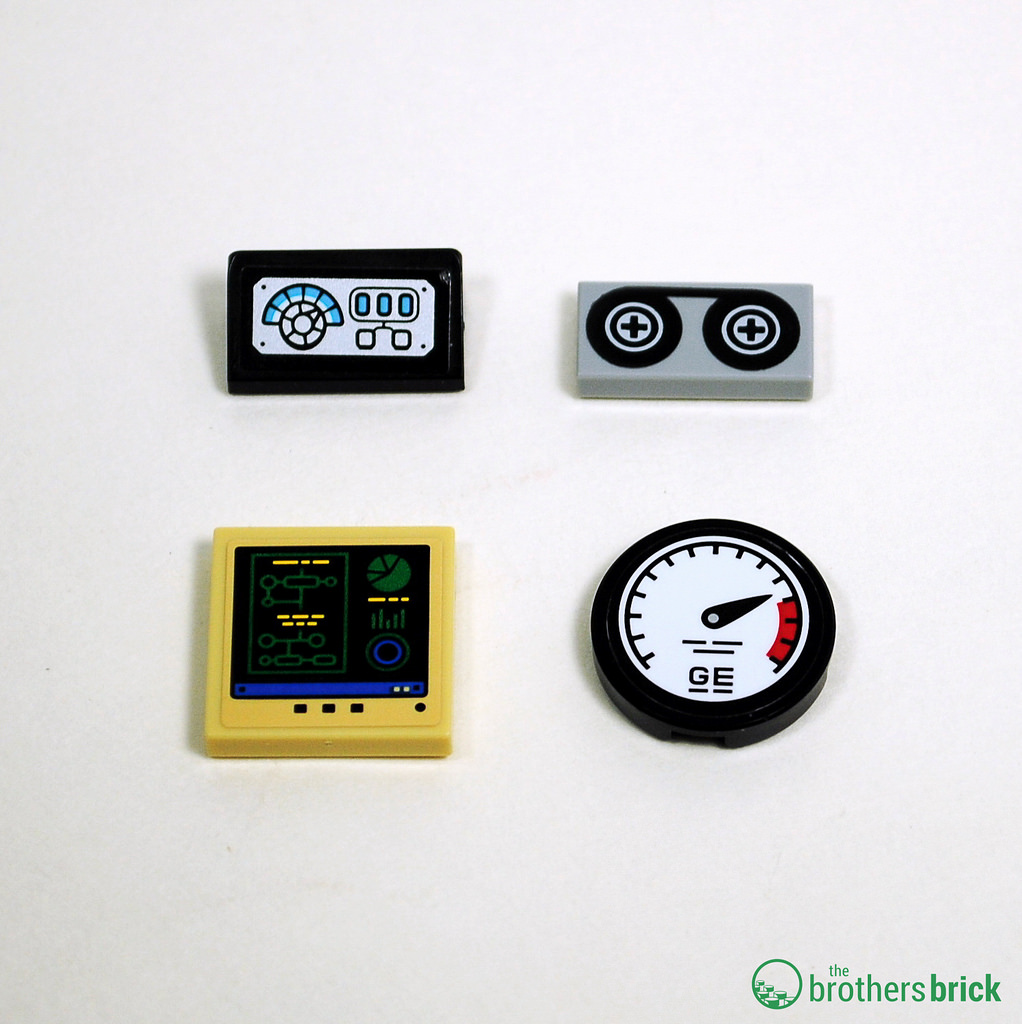 And as always, if you enjoyed this review, don’t miss our other reviews of LEGO sets from The LEGO Batman Movie: