When I have an idea to build something, it usually comes together pretty quickly — often over the course of a single evening’s LEGO-building. However, this creation has been slowly coming together for about 2 years! The mechs made their first appearance at the BRICK show in London in 2015, before being cannibalised and tweaked and rebuilt almost incessantly until now. Building them a maintenance hangar is an idea I’ve been mulling over for ages, and I finally got it finished a couple of weeks ago. 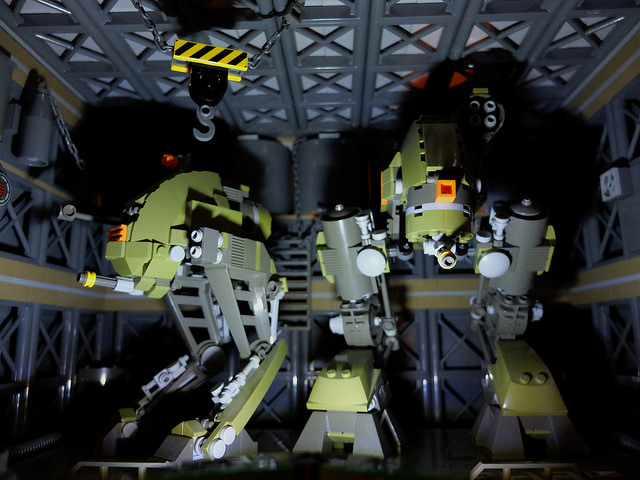 I wanted the hangar to be dark and gloomy, with the mechs themselves lit from below, casting massive shadows on the walls and ceiling. Ideally I wanted to create a real sense of size and weight, something like the hangar scenes in Pacific Rim. I tried to create this sense of scale through a combination of strategic light placement and low-angle photography.

This genre of building is not my usual style and I struggled with various configurations for the mechs themselves, before eventually settling on the versions you see here. However, the color scheme has been in place from the start — olive green and old dark gray is a lovely combination. And after trying various highlight shades, I settled on orange for the sensors and markings to give a bit of visual pop to proceedings. 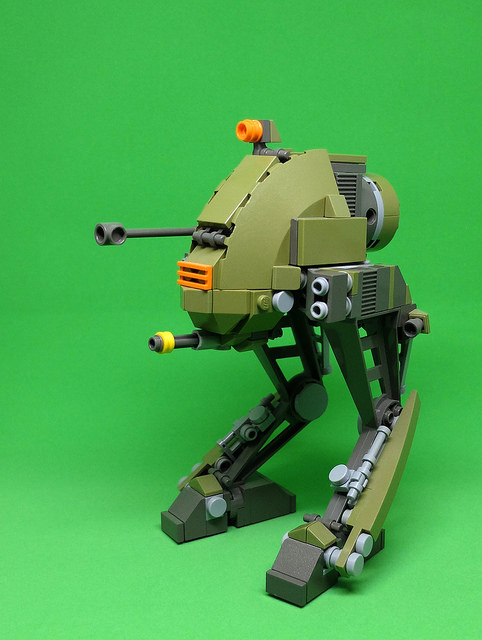 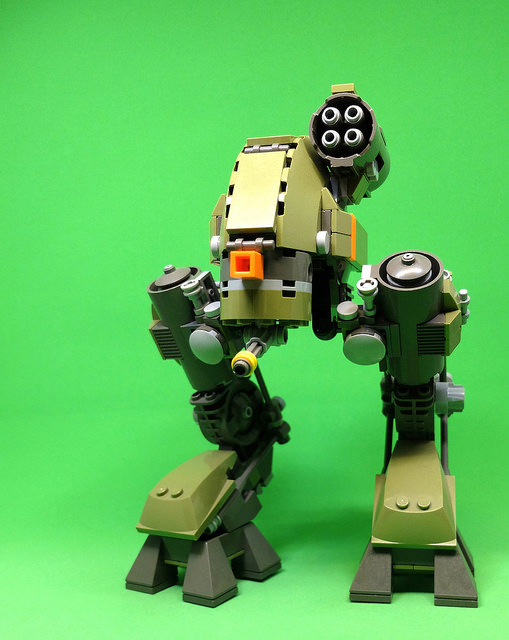 Finally, I’ve been playing around with various image filters and effects, to create some blueprint-style displays for these models. What do you think of images like these? Do you like to see LEGO creations simply “in the brick”, or do you like when builders fiddle around to create more effects-based imagery? I’m interested to hear your comments… 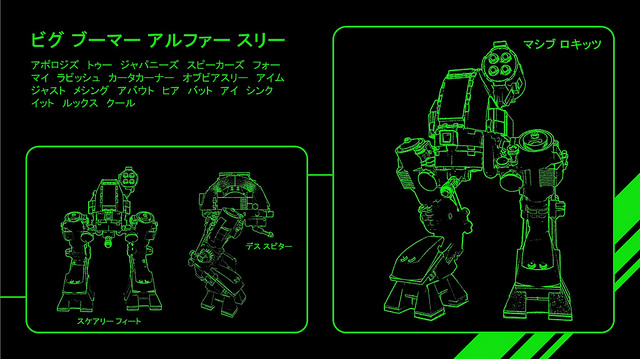