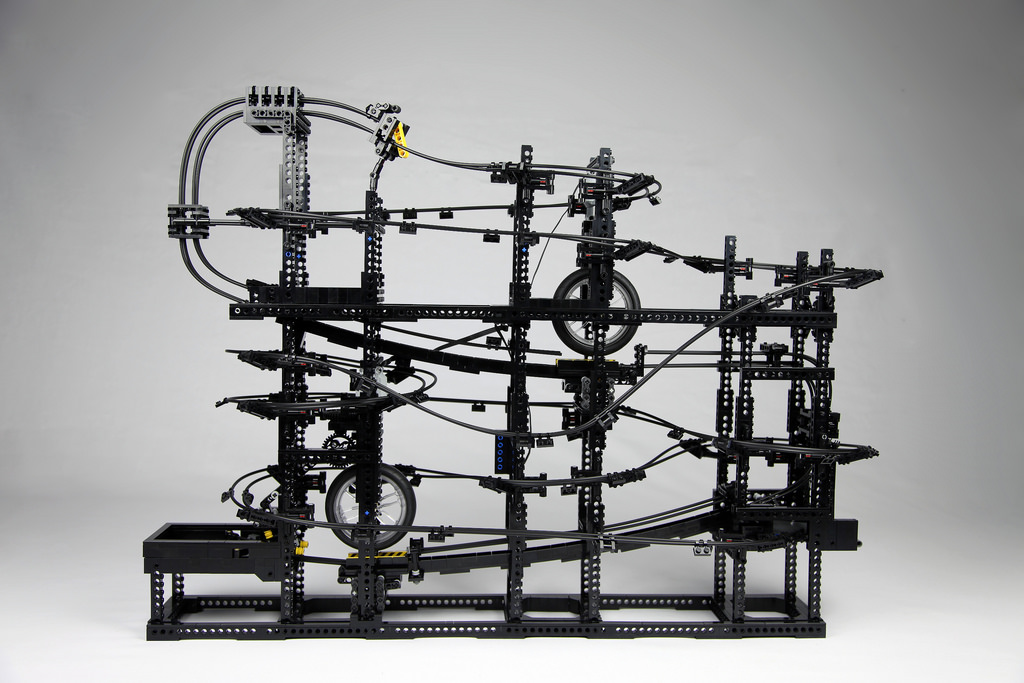 Berthil tells us his machine uses 63 pieces of 32L Technic flex tubing for the run, for a total of 16 meters of track. 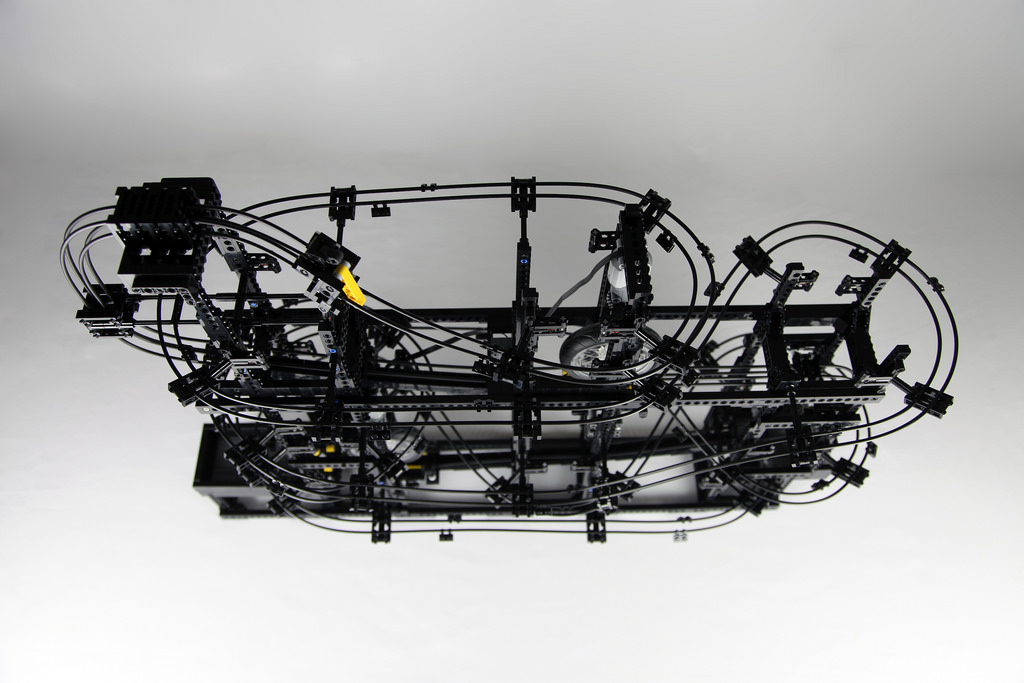 The Technic flywheels spin at 1000 rpm to accelerate the balls with enough velocity to reach the top of the run. 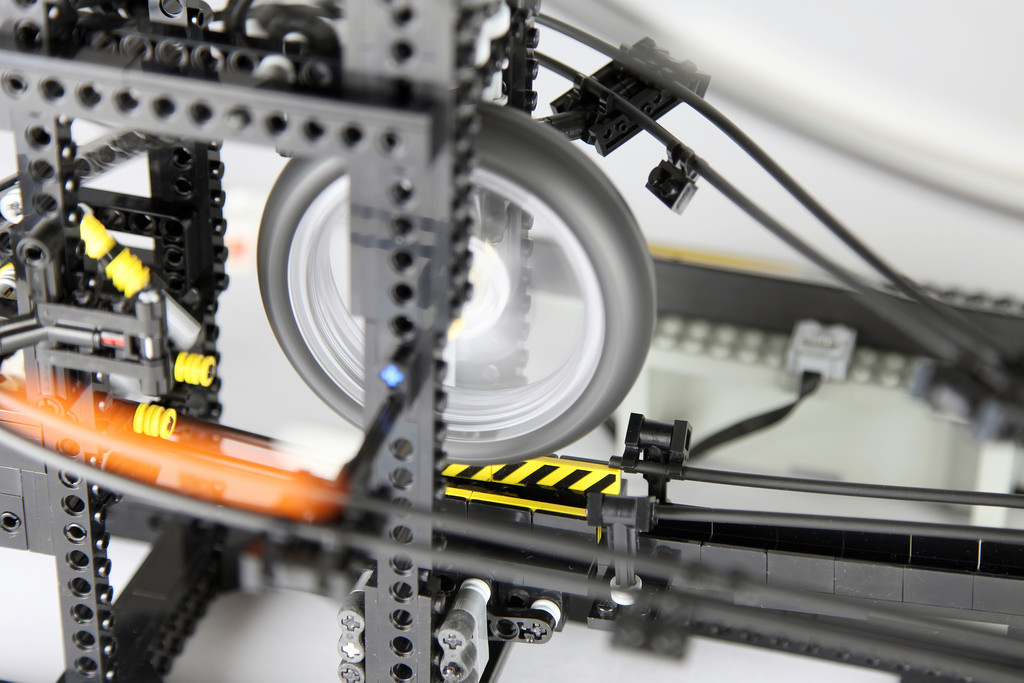 The entire machine runs on one LEGO 9V train regulator. 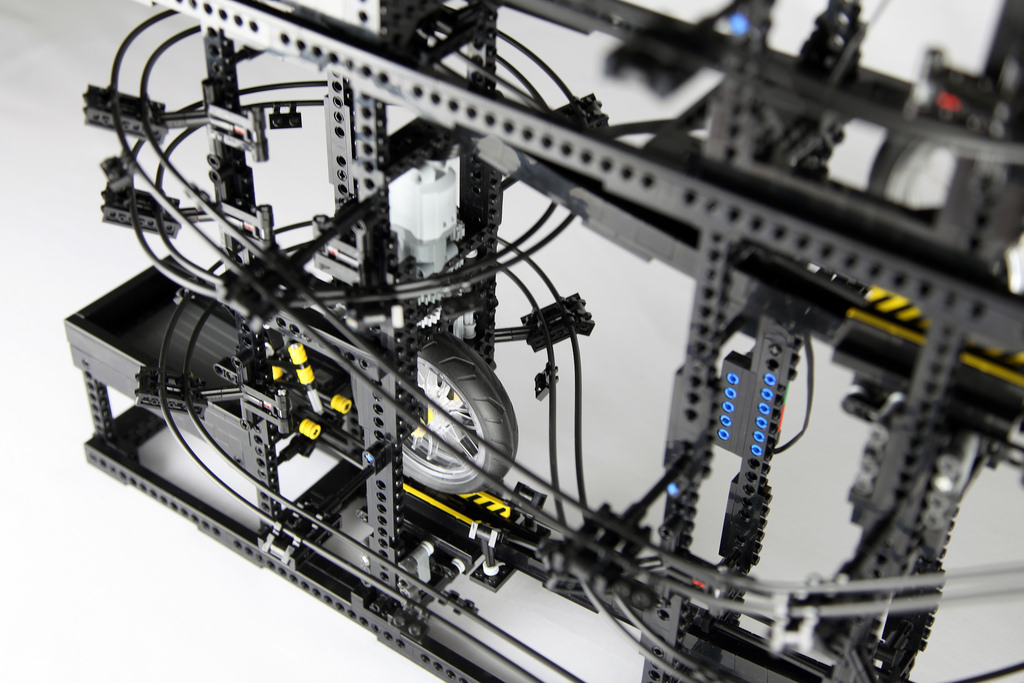 If you like this Great Ball Contraption, check out the hypnotic LEGO Strain Wave GBC we featured recently.