Having grown up playing the Halo series, I was initially excited to see some of the series’ classic vehicles appear in plastic brick form. But that excitement was immediately overcome by heartbreak when I noticed a toy construction company other than LEGO picked up the franchise. That hasn’t stopped builders from recreating some great scenes and vehicles in the far superior LEGO medium. Taking a break from the castle theme, I tried to throw down with my own creation: 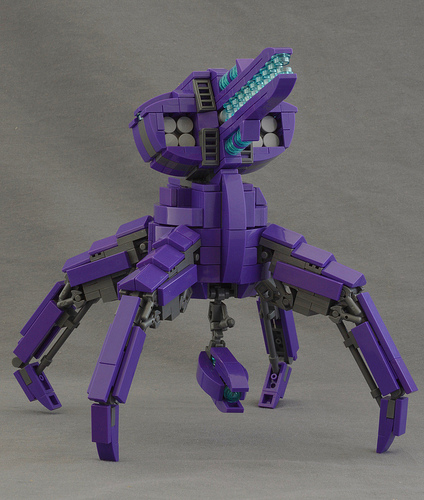 I initially tried to build the big Covenant anti-aircraft guns from Halo 3 but quickly realized I didn’t’ have enough dark purple (a problem I thought I’d never have). So I went with a smaller version fictional to the Halo universe but still within the Covenant aesthetics we’ve come to know and love.