Stumbling across a pair of 48×48 baseplates in his collection, Joshua Brooks realized a bay for his Viceroy-class battlecruiser the IFS ILLIES (221) would look awesome. The ILLIES looks quite at home in this brilliantly detailed landing bay, getting re-armed by the loading crane. Under the watchful eye of the control tower, the ILLIES looms over the general hustle and bustle of the hanger floor. The multi-storeyed building, parked cars, small space-craft, and truck making a turn on the road give you a sense of the gigantic scale of the vessel. 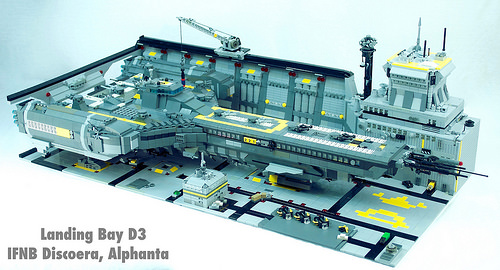 Armed to the teeth with an assortment of cannons, lasers, and turrets, this ship looks like a sleek and precision-engineered instrument of brute force. And with its own mini docking bay and fleet of small fighters, it seems ready to take on any hostile targets. 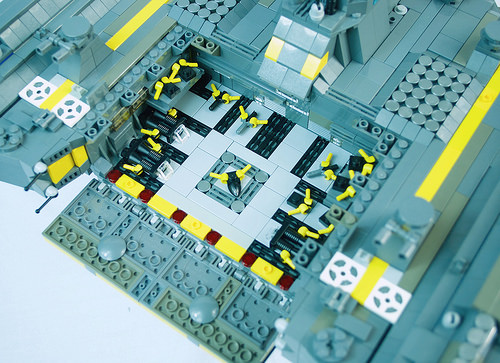