With Rogue One dominating the news, we wanted to highlight that LEGO Star Wars: The Freemaker Adventures, Season One is now available on DVD and Blu-ray. 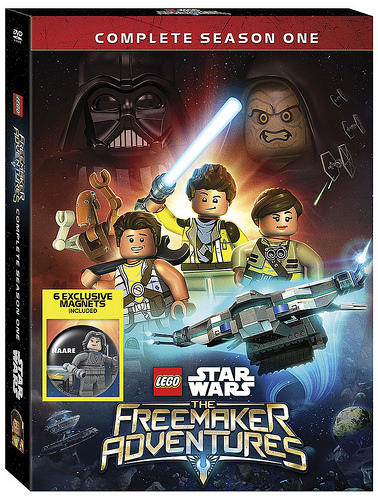 For those of you unfamiliar with the popular Disney XD show, The Freemaker Adventures is about a ragtag band of rebels tracking down a mythical lightsaber while the Empire goes about building the second Death Star brick by brick. In typical LEGO humor, expect to see cameos from all around the Star Wars universe, Palpatine’s gift shop, baby wampas, Buffy the Vampire Slayer meta-references, and a George Lucas lookalike named “The Maker” who’s gone into seclusion because he’s tired of space wars.

The DVD and Blu-ray sets are both available at Amazon on sale for around $25 — a steal for five hours of quality entertainment.