Each year during the holiday season, the White House transforms into a veritable forest of glittering Christmas trees with festive decorations as far as the eye can see. But this year, the highlight of the White House holiday décor began in Enfield, Connecticut, with seven LEGO Master Builders.

They were fast at work like Santa’s elves, designing and building 56 unique gingerbread-style houses representing each U.S. state and territory. The team also created two massive gingerbread men and a first-of-its-kind 18-foot long interlocking brick-built paper chain. 500 hours and more than 200,000 pieces later, the LEGO-built decorations are on display in the White House State Dining Room. 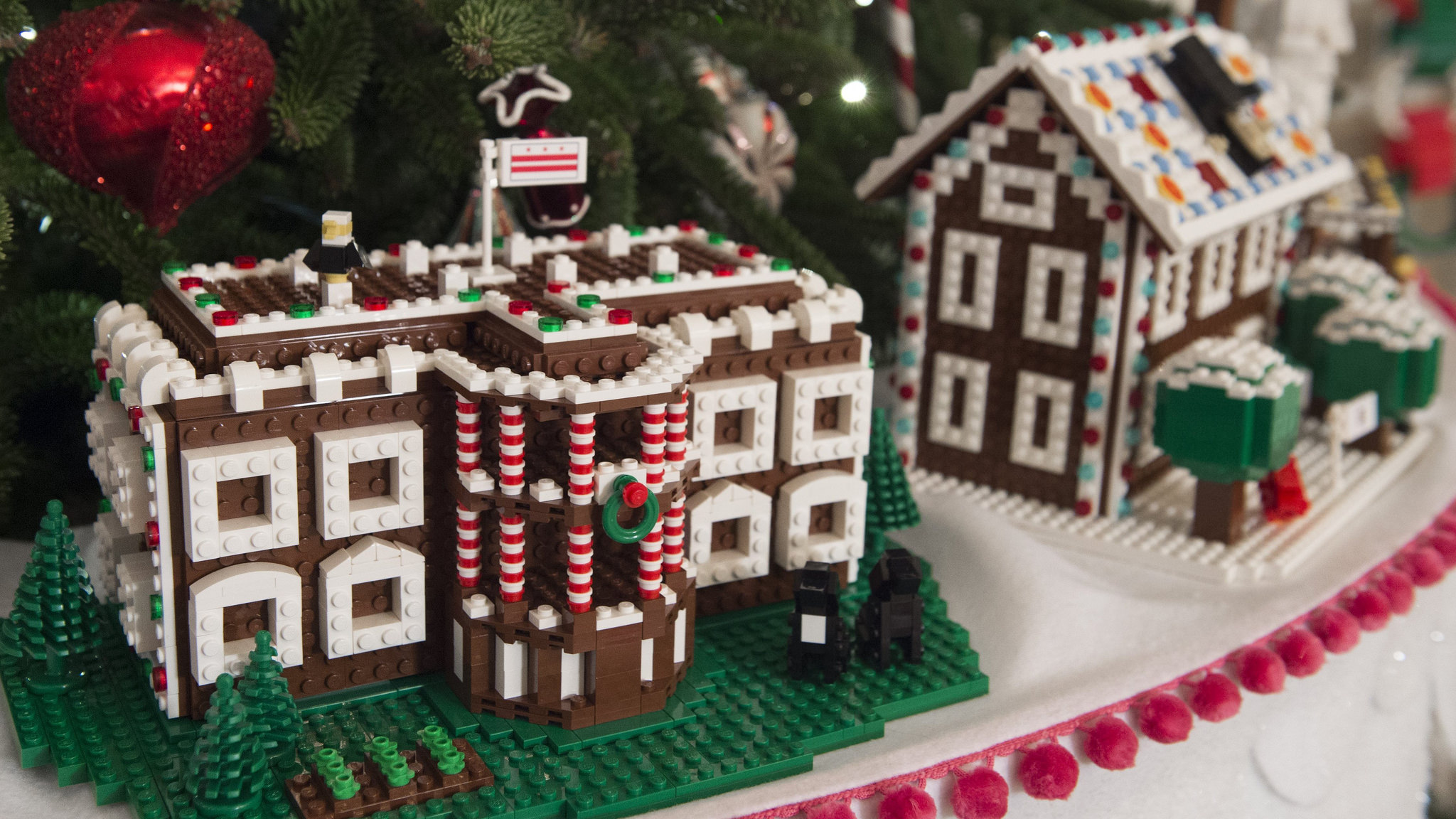 The LEGO gingerbread houses were built “studs out” in order to reduce the weight on each tree while still maintaining detailed exteriors customized to each U.S. territory and state. (SAUL LOEB/AFP/Getty Images)

In this exclusive interview with The Brothers Brick, Amanda Santoro, Senior Manager of Brand Relations for LEGO Systems, tells us more about building a display for the White House which has been seen by nearly 70,000 people this holiday season.

The Brothers Brick: From the Winter Village product line to advent calendars, Lego has become a holiday tradition in many homes. How did the opportunity arise to create such an impressive display for “The People’s House”?

Amanda Santoro: We were contacted by the amazing events group that works directly with the White House to develop the holiday décor theme. There were some exciting discussions about potential opportunities and ultimately, we were asked to provide the decorations for the State Dining Room. 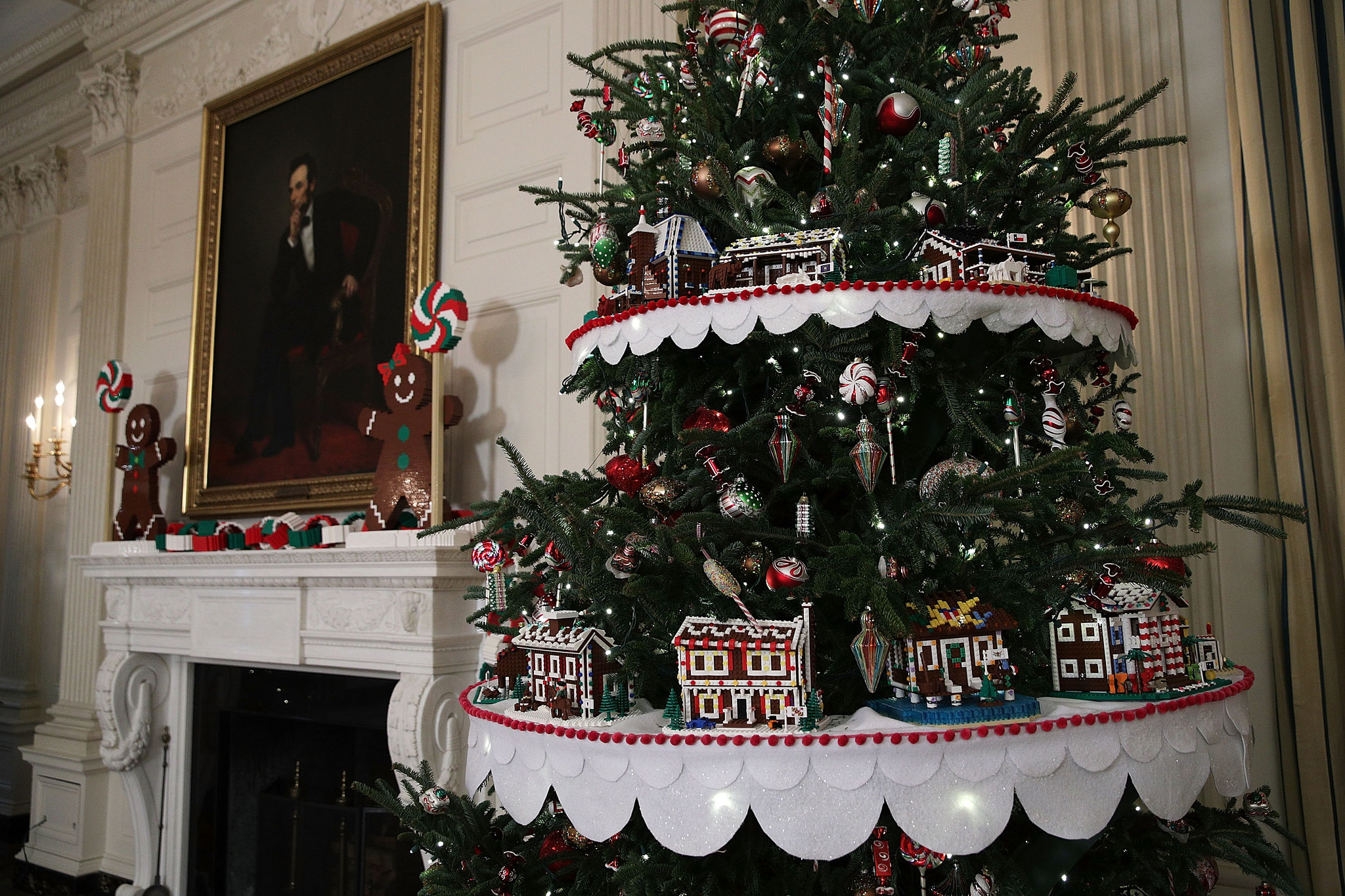 TBB: How did you approach building 56 gingerbread-style houses, and what was the building process like to ensure each was unique?

Amanda: One of the biggest design challenges that opened our creative thinking was weight consideration. Since all 56 houses were going to be displayed on trees, we knew we needed to keep weight in balance with detailed building.  Ultimately, we decided to build the houses “studs out” which isn’t something we have done in the past. The entire team collaborated on the building and once we knew general architectural direction and some critical information for each state/territory (e.g. state colors, birds, trees, etc) we just divided and conquered. 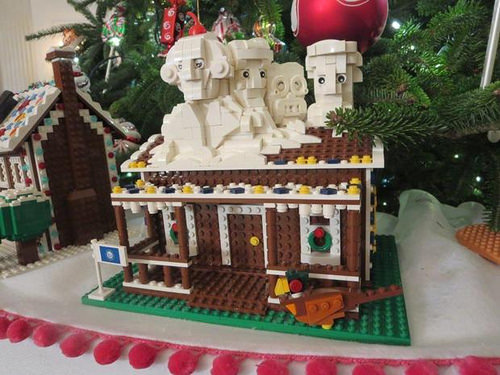 TBB: With each house representing a different state or territory, we’ve noticed several fun details, including a Mt. Rushmore of frosting on South Dakota’s roof. Are there any other hidden details you can share?

Amanda: This was one of the most rewarding parts of the design process, customizing each house. Other fun details include: the State of Washington being built as a Houseboat, the Kansas house featured a yellow “brick” baseplate and scarecrow, a UFO hovers over New Mexico, Pennsylvania features the Liberty Bell, Alaska is an igloo and Wisconsin is covered in cheese wedges. 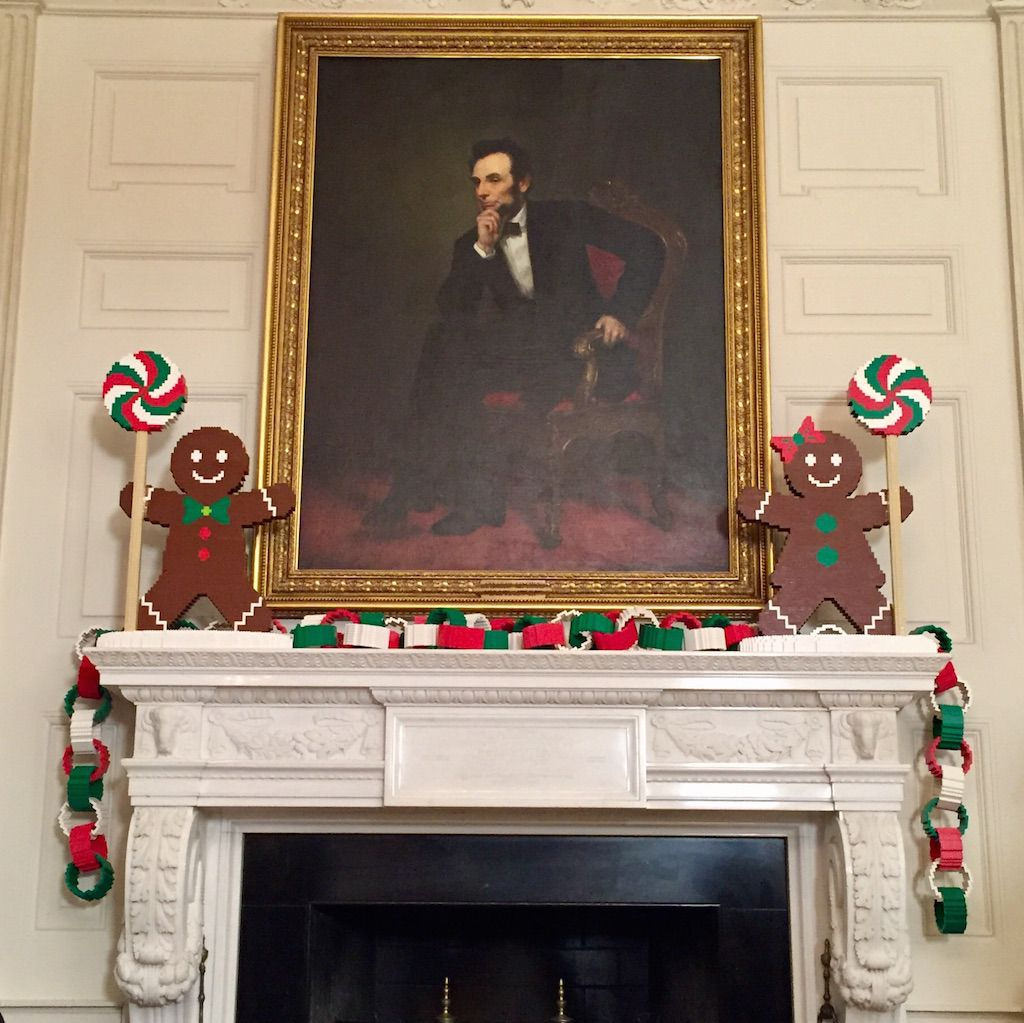 Two LEGO “ginger-friends” keep Abraham Lincoln company above the fireplace, along with an 18-foot long, brick-built paper chain made from 4,900 pieces. (ANDREA MARKS/Washingtonian)

TBB: Along with the gingerbread houses, your team also created an 18-foot-long interlocking paper-like chain between two gingerbread men. What were the challenges you faced creating such an intricate creation?

Amanda: The LEGO holiday paper chain was a first-of-its-kind and once again load bearing weight was our most pressing design challenge as some portion of the chain would hang down to frame the mantelpiece. It’s widely known that one of the “tests” to become a Master Builder is to build round or spherical objects out of LEGO bricks; this chain needed to mimic the round paper chains we all make as children so capturing that design shape and interlocking over 18-feet kept us in top building form.

TBB: How does it feel to be so prominently featured in the State Dining Room of the White House, especially with this being the last year the Obamas will be residing there?

Amanda: It is an absolute honor to be among the team of staff and volunteers who prepared the White House for the holiday season. 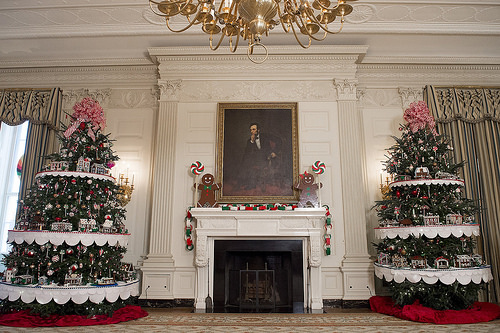