LEGO Certified Professional Ryan McNaught and his team recently created several Wonders of the World in LEGO, ranging from Himeji Castle in Japan to the Lighthouse of Alexandria in Egypt.

Ryan and his team member Troy Walker built a huge minifig-scale Himeji Castle, one of the last remaining feudal fortresses in Japan. I lived in Himeji for three years growing up, and my family visited the “White Egret Castle” frequently, including the year it celebrated its 650th anniversary. Ryan and Troy’s Himeji Castle includes the distinctive curved stone slope at the base of the castle, built by pressing LEGO bricks in sideways. The whole castle is built from over 71,000 bricks. 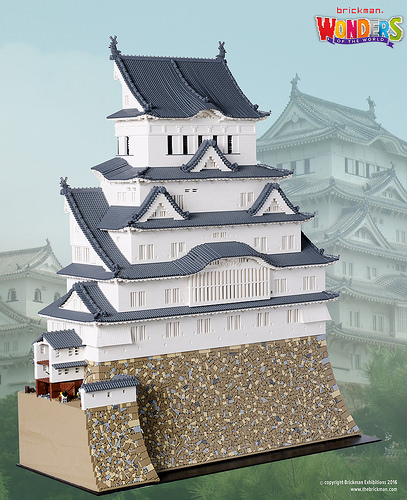 Climbing the many flights of stairs to the top floor and looking over the modern city was always the highlight of each visit, unless a samurai movie was being filmed on the sprawling castle grounds. Not only is this LEGO castle impressive from the front, it also has a full interior — even a deep well that extends through the castle’s base. 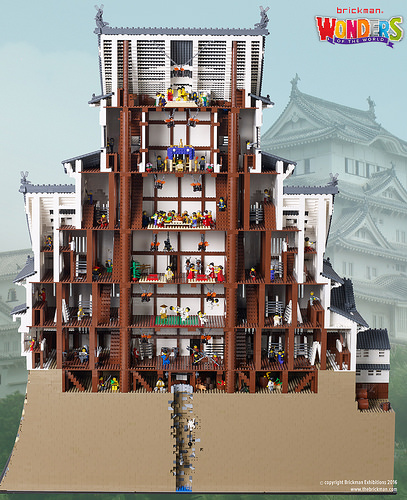 Unfortunately, the Lighthouse at Alexandria can’t be visited today because it was heavily damaged by earthquakes during the medieval era and local people reused its stones. Ryan’s team member Centuri Chan designed and built the LEGO Pharos from 6,500 bricks, depicting it at the height of its Ptolemaic glory. 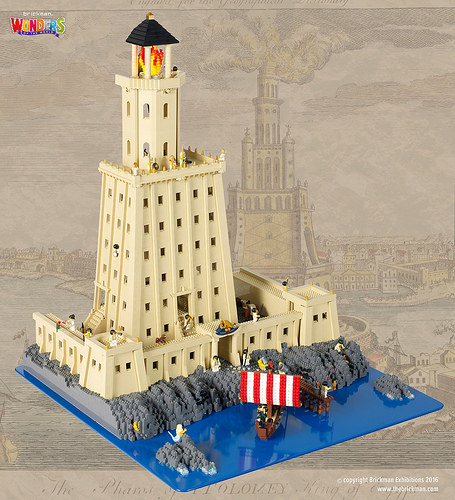 The Ryugyong Hotel in Pyongyang, North Korea has the dubious distinction of being the world’s largest abandoned building. Begun in 1987, construction has stopped multiple times and the opening cancelled as many times. 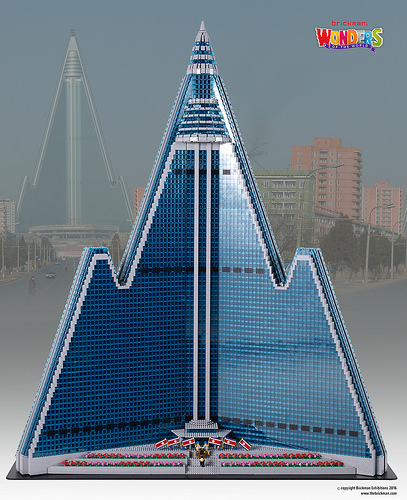 Ryen spent about a hundred hours building this ridiculous Communist monstrosity (I can safely say that because North Korea is literally one of the only countries in the world with zero TBB readers) using about 36,000 LEGO bricks. True to the real-life building, only one side — the side facing South Korea, of course — has a finished facade, while the rear is full of rusting construction equipment, spider webs, and even a few skeletons. 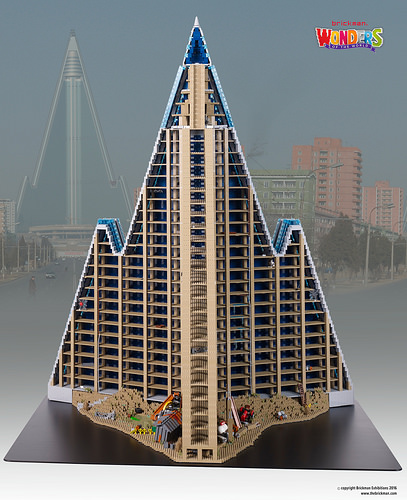 A Wonder of the World that the world’s people can all be much prouder of is the International Space Station, orbiting over our heads right now with a full complement of six crew members. Designed by Mark Curnow and built over 145 hours with 33,000 LEGO pieces by Mark together with Centuri Chan and Clay Mellington, this massive LEGO model measures nearly 8 feet high and 6.5 feet wide (2.4 x 2 meters). 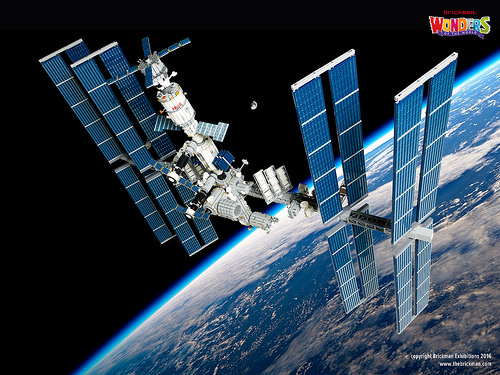 You can see dozens more photos of the world’s greatest achievements built from LEGO in Ryan’s album on Flickr.