The other side to this year’s MOC Olympics finale madness was built by none other than Slovenian builder Deus Otiosus. Check out this amazingly detailed and rather mossy arena. The crumbling brickwork and throne are quite impressive, but my favorite details are the wonderfully expressive brick-built characters and the and fire-breathing dragon. Just look at that cone of flame erupting from the lizard beast’s mouth! 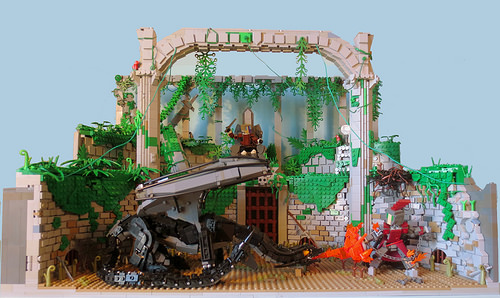 I think that the character sitting on the throne looks more jester than king, but that only adds to the madness of this LEGO creation. Deus Otiosus’s opponent in this LEGO duel to the death is W. Navarre, with his stupendous arena battle between a gladiator and a tiger. I certainly don’t envy the judges this year. To find out who was victorious, head over to MOCpages. 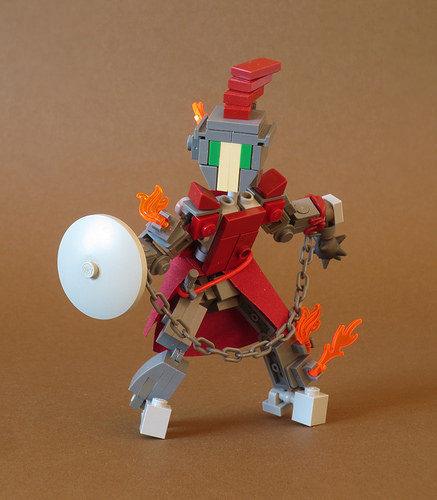 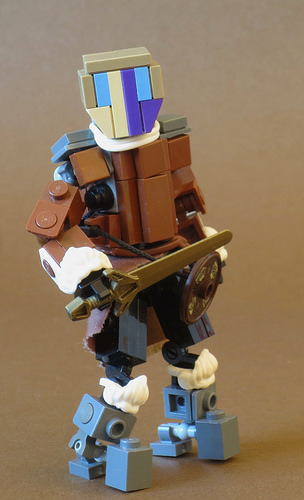 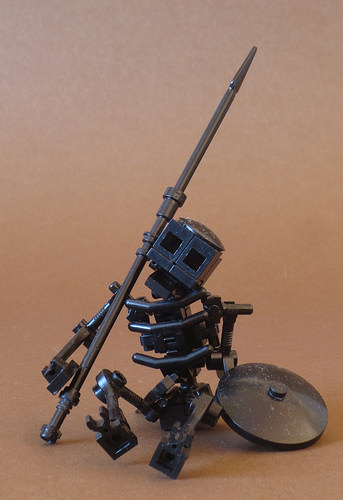