The Old Republic’s Venator-class Star Destroyer is a surprisingly popular subject for LEGO Star Wars builders, given its huge dimensions — and the fact that it’s a Prequel Trilogy vehicle… Nevertheless, several brave builders have created this huge ship in LEGO, including a 6-foot LEGO Venator by Alec Doede and a recreation of Master Model Builder Erik Varszegi’s 8-foot Star Destroyer by iomedes. The latest LEGO Venator is brought to us by Philipp Neumann, who has spent the past 7 years designing, collecting over 45,000 parts, building, and rebuilding. 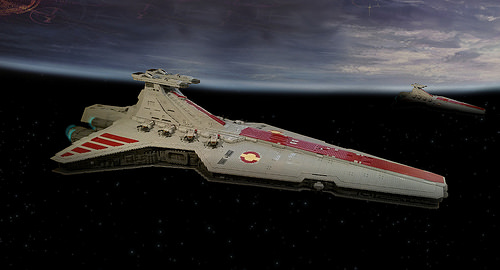 Although a bit smaller than the earlier Venator-class Star Destroyers, Philipp says his aim was accuracy, such as the detailed turbolaser cannons along the side. 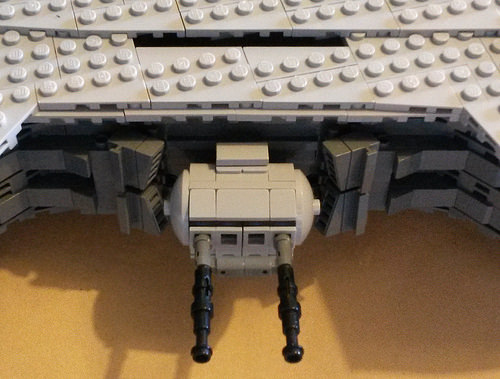 The lateral hangar bay sits below the bank of dorsal turbolasers. 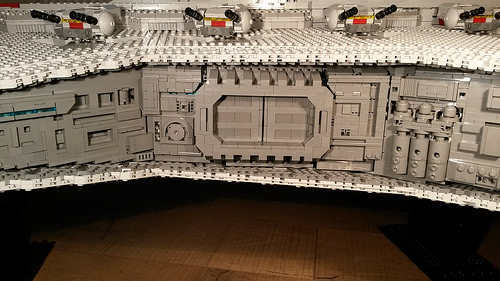 Philipp rebuilt the ship three times, and this latest version took him about two years. The entire interior structure is built with a Technic frame.

The upper surface attaches to this frame. 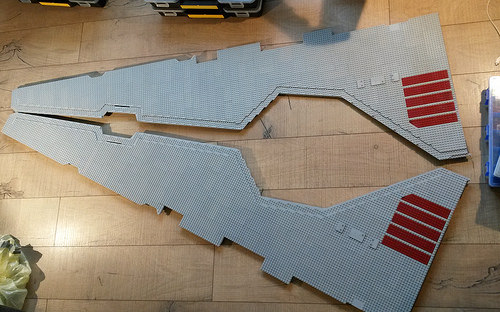 You can see lots more photos of Philipp’s huge Venator, including design and build images, in his album on Flickr.