Turtle Tower sits upon an island on Hoàn Kiếm Lake in the historical centre of Hanoi, the capital city of Vietnam. This temple is a famous landmark in Hanoi and has been built in LEGO by Vietnamese builder Hoang H Dang. Given the time of year, some festive artistic license has been applied and the tower is now giving off some serious ‘Gingerbread House’ vibes. The actual architectural features of the temple have been nicely captured, especially the decorative stonework on the roof. The gingerbread decoration is cute with candy canes, a nice colour selection of ‘candy’, and Santa rowing over the island to deliver some gifts. 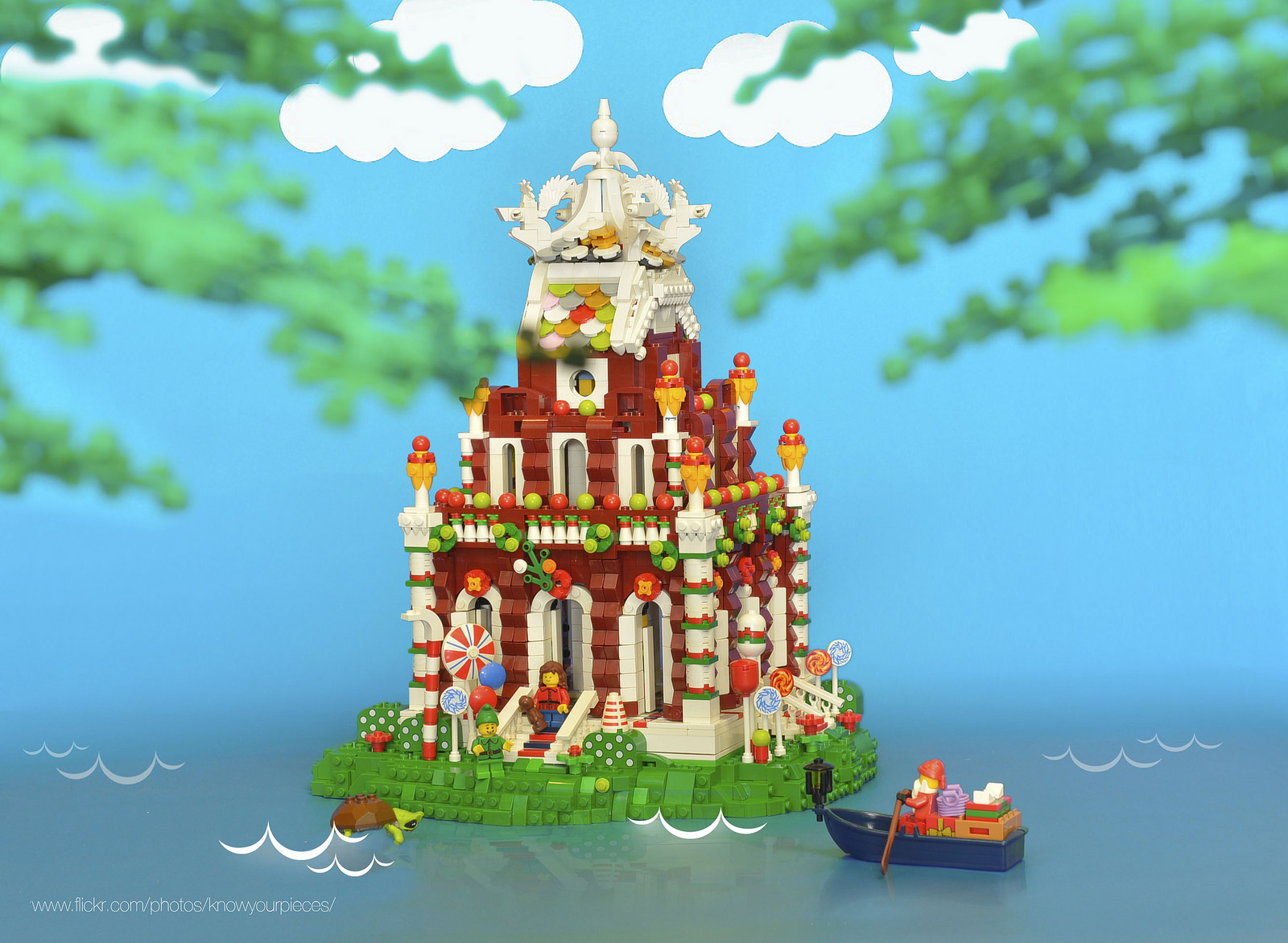 Hoang Dang tells us that the lake was actually home to a very rare species of turtle which is now close to extinction. The last turtle that used to live in the lake sadly passed away this year leaving his cousins as the only two left on Earth, hence the small turtle on the left of the build.