Ben Andrews describes this large LEGO diorama as a labor of love, and it certainly is lovely. An enormous tree stands atop a hill, full of treehouses, its trunk surrounded by winding staircases. Across a pool into which drains a broad waterfall sits a beautiful red-roofed watermill. 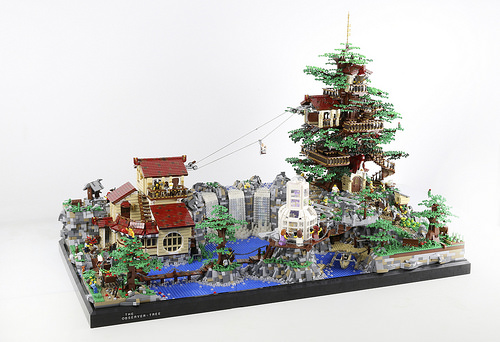 Full of stunning details and interesting little scenes, you don’t want to miss a single picture of Ben’s Observer Tree. At the top of the tree, there’s a small structure with a telescope, which is presumably where the tree gets its name. 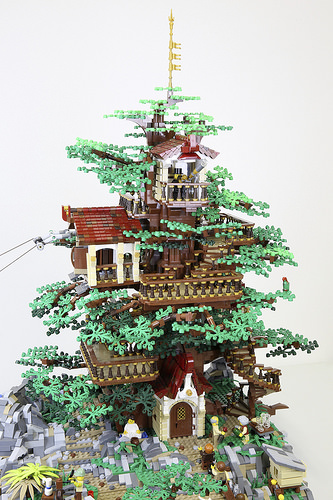 The watermill has a large round window, and a chairlift runs up to the Observer Tree. 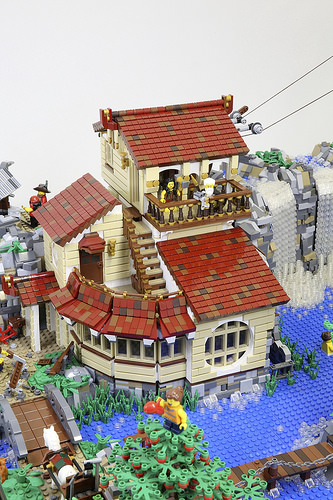 Among the many scenes Ben has created around the diorama, brothers return home with a box full of fish as an elderly couple shares some wine. 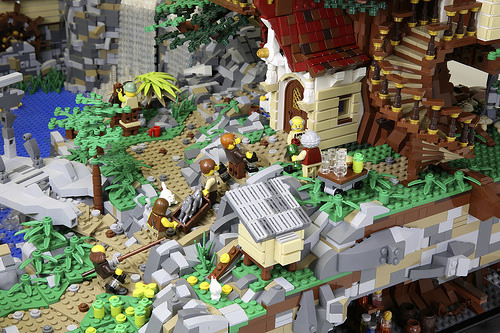 The rear of the diorama includes a cave with a treasure chamber at the end, guarded by a genie. I suspect the four gentlemen exploring the cave will be more than capable of handling a blue ghost that lives in a dusty lamp. 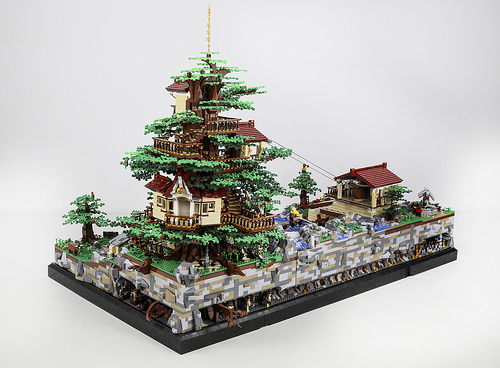 You can see more photos of this diorama in the builder’s album on Flickr, and read more about it in the latest issue of Bricks Culture magazine.