Indonesian builder Anton Budiono‘s latest two builds are both Chinese-style creations in the shape of a seafood restaurant and temple, presumably for quiet postprandial contemplation.  Both builds utilise the addition of the same bridge over to a smaller shrine that rests upon wooden decking. There are many details to admire in these builds but the roofs with their decorative ridges and fascia are a particular favourite of mine. There are so many nice little touches to be discovered, such as the telephone handsets forming the beams within the large red front doors or the Mixel ball joints used as structural decorations across the façade. 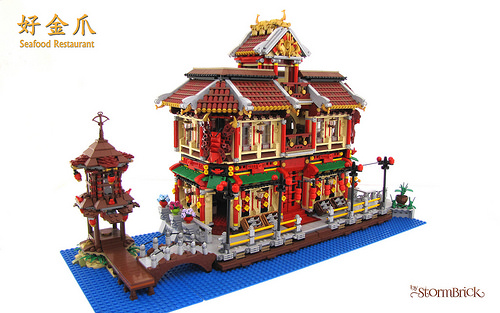 The seafood restaurant cleverly uses the dark red octopus as decoration in one corner of the building, but Anton’s brick built lobster on the first floor corner is even better and worth a closer look! 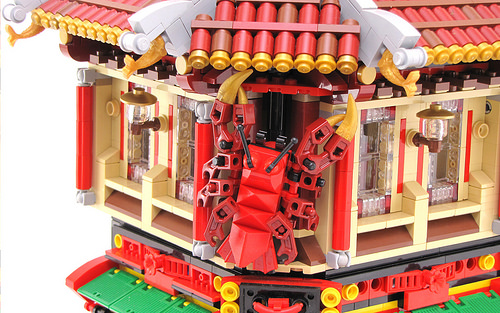 While the temple is a little more demure in colour, it also benefits from lots of nice details such as the cascading water feature on the left-hand side or the use of black palm tree tops as the lanterns at the front.  There’s more to see around the back on Anton’s Flickr album. 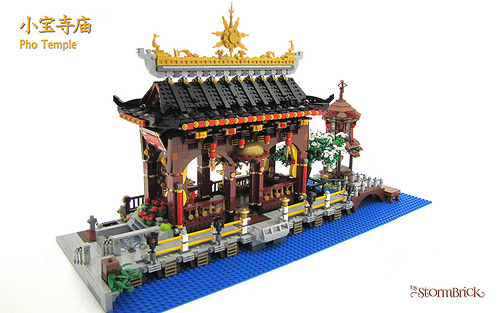