The official LEGO Eiffel Tower 10181 set is one of the largest sets released, with 3428 parts.  For those with less room for such a monster set or fewer pennies to afford such a sizeable price-tag, have a look at LegoJale‘s latest creation, which users a single part depicting the Eiffel Tower: A minifig hand. This microscale build manages to capture the essence of the Eiffel Tower, the skyline in the background, and the fountains in the foreground (as per the image that the build is based upon) with just a handful of parts. 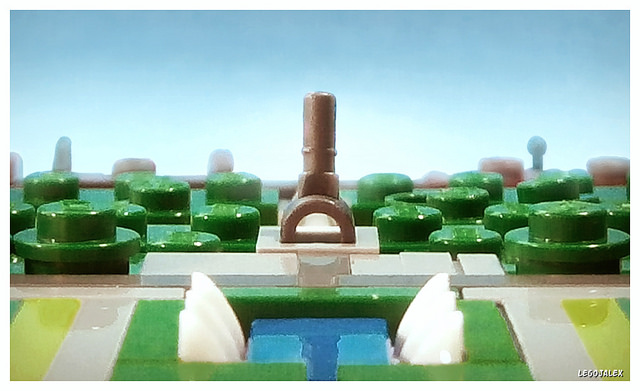 The set-up for this shot shows how distancing parts of the build can give a very good foreground and background feel to the final shot without requiring any scaling. I always enjoy seeing set-up shots and this one is great because there is no fancy equipment — just LEGO, a book, and a camera. 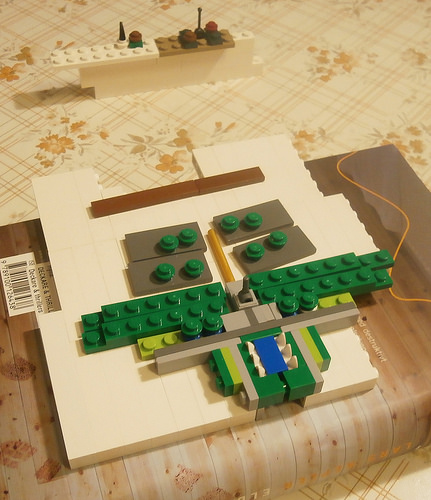