As a person who has spent more than enough time on a ship, I’ve seen seas in every color of the rainbow. That is, every color except white. White is something new. I guess that’s just one more reason why W. Navarre’s LEGO version of The Flying Dutchman from the Pirates of the Caribbean film series is so captivating. The ship’s ragged remnants of canvas are beautifully done in white, and the chains standing in for mast lines give the craft a vulgar and churlish appeal. If you’re wondering what the clear bits hanging off the sides are, those represent scuppers, holes in the side that drain water from the deck. In the films, they always seem to be dripping something, as the boat spends a lot of time underwater. The best details, though, have to be the teeth of the beast carving that makes up the ship’s intimidating snout. Where’s my jar of dirt? 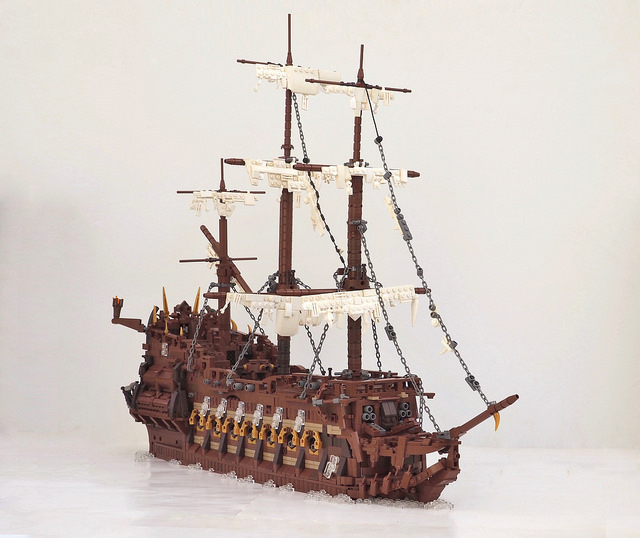