Younger readers might be forgiven for mistaking this character as some kind of flesh-covered version of WALL-E (and there are some similiarities between them). But this is in fact ET from the 80’s blockbuster movie ET: The Extra-Terrestrial, recreated in LEGO form by Swedish builder LegoJalex. 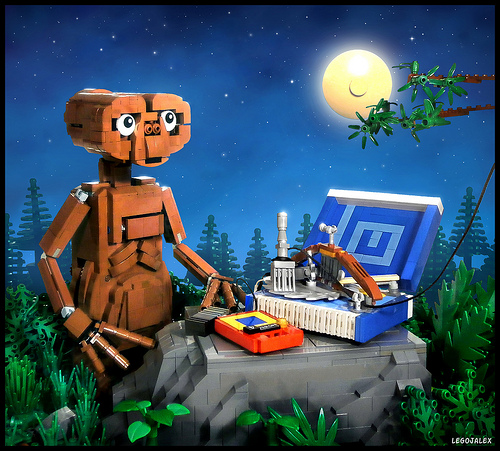 This adorable ET model comes complete with a LEGO version of the communicator that he jury-rigs from household items (including a Speak-N-Spell), all beautifully presented in a fully brick-built forest scene. Here is another scene in which ET gets the idea for building a device to “phone home”: 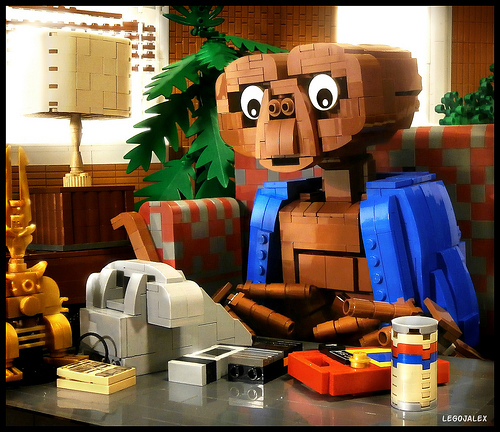 As well as the attention to detail in these completely LEGO-filled backgrounds, what’s also impressive about this creation are the play features. As demonstrated in this video, he has an extending neck, posable limbs and even a light-up heart: 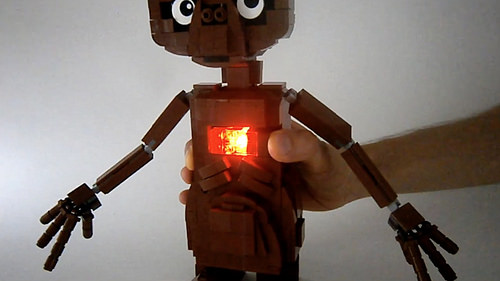