The new LEGO Ideas set 21307 Caterham Seven 620R just hit store shelves, but not everybody has their own copy yet (we do, so look for our review shortly). In a remarkable feat, Gerald Cacas has used only — yes ONLY! — the pieces in 10252 Volkswagen Beetle to build a remarkably accurate Caterham. 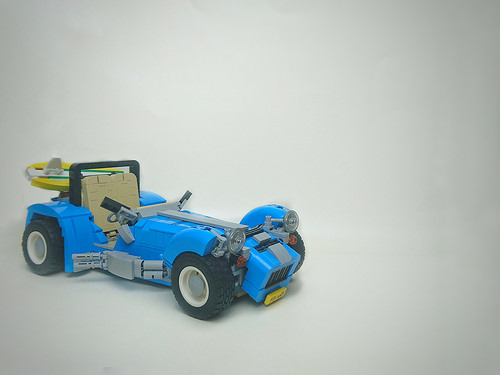 This alt-build of the Beetle includes all of the features of the official Caterham set, including a highly detailed engine. 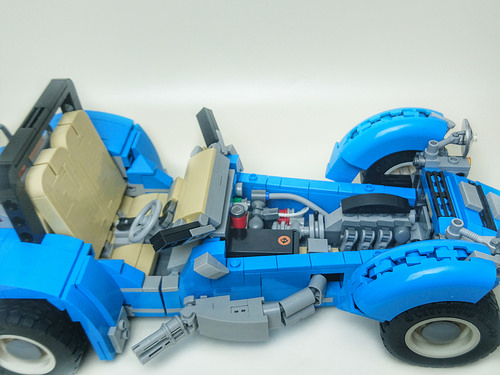 The engine is removable, and the hood comes off as well. 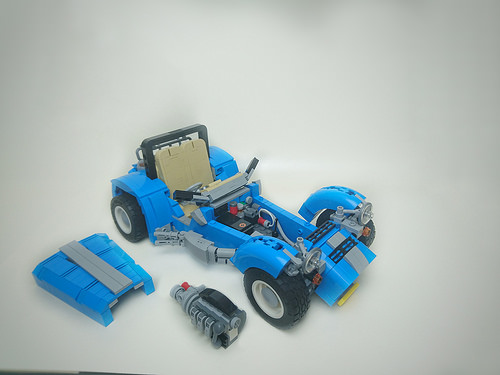 Gerald’s Caterham Seven fits all of the accessories that come with the VW Beetle. The seat folds forward to accommodate the folded beach towel, and the trunk opens up to reveal the red cooler. 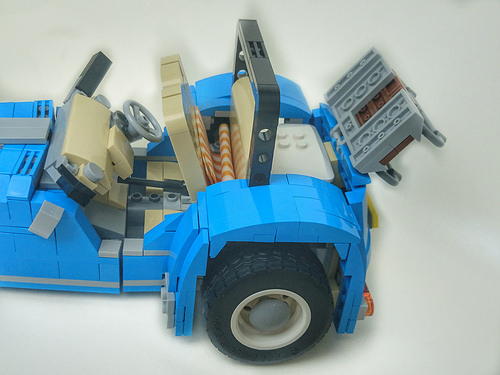 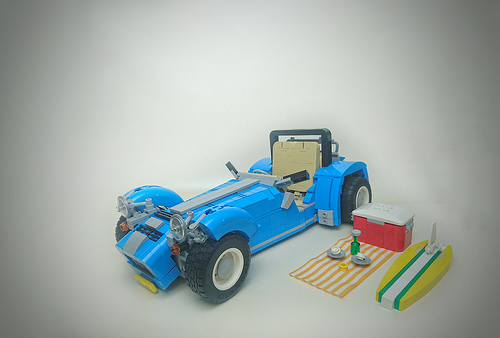