I just returned from two weeks in Madrid, and managed to squeeze in some sightseeing around all-day meetings and three-hour dinners starting at 10 PM every night. One life-changing experience was seeing Pablo Picasso’s monumental anti-war painting “Guernica,” which commemorates the bombing of a Spanish town by the Nazi Luftwaffe on behalf of Franco’s fascist rebels. So, I’m not sure how I feel about an aggressive-looking LEGO space carrier bearing that name. Nevertheless, this ship by Leonardo Lopez has some seriously excellent angles. The prow in particular integrates orange parts from a LEGO City snowplow, and the dark gray stripes end with another sharp angle from flags. 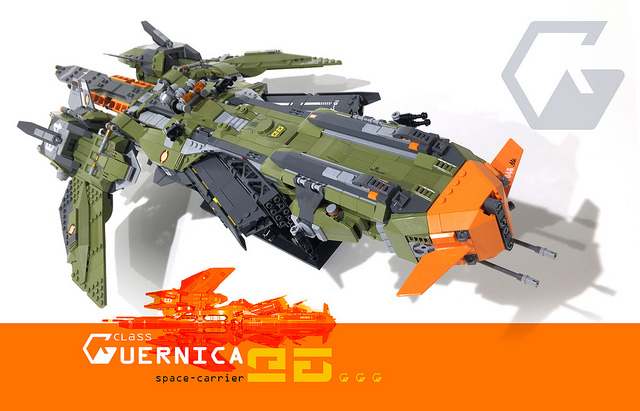 The rear of the ship certainly isn’t lacking in sharp angles, with a pair of canted wings and a funky long tail. With judicious sticker usage throughout, about the only thing missing is a saying emblazoned along the ship’s hull. I think “This machine kills fascists” would do very nicely. 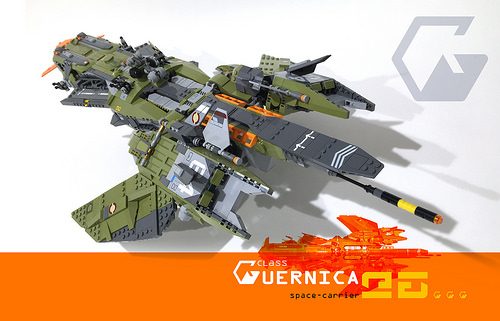