Arrrrrr, ’tis time to set sail and plunder some lesser vessels with Jerome Kloou and his fantastic LEGO pirate ship, La Saignante. This galleon has three masts, some impressive rigging, and cloth sails. She is displaying the Jolly Roger and has 14 cannons, so not a ship to be taken on lightly. There is no-one in the crow’s nest at the moment so all the pirates must be ashore drinking rum and spending their booty. 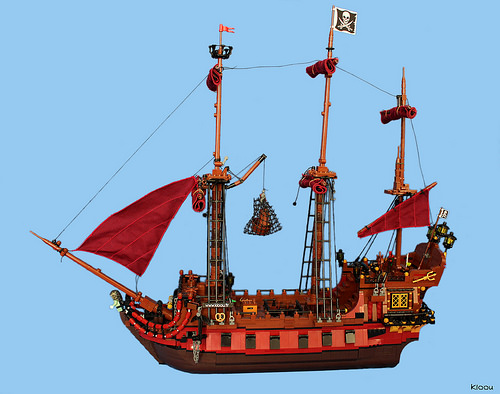 Jerome has added some wonderful details, with those 14 cannons and a ‘below deck’ prison cell for naughty pirates who are caught eating extra rations or stealing some of the Captain’s treasure for their own pockets. 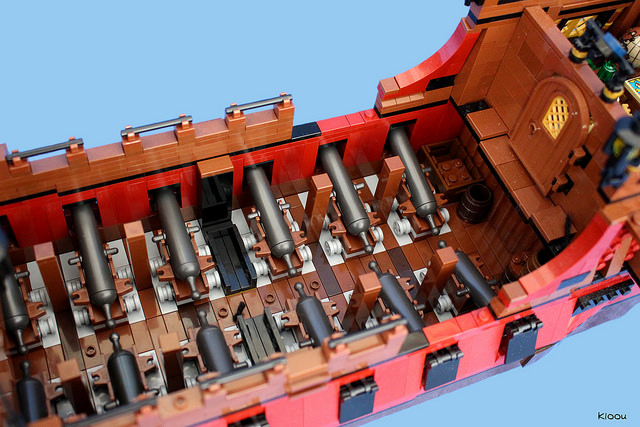 The crane is functional and can move up and down, or left and right, to transfer the stolen booty from the ship to the shore. It seems as though the lookout has ‘dropped his pretzel’ from the crows nest earlier …that’s not an official pirate knot. 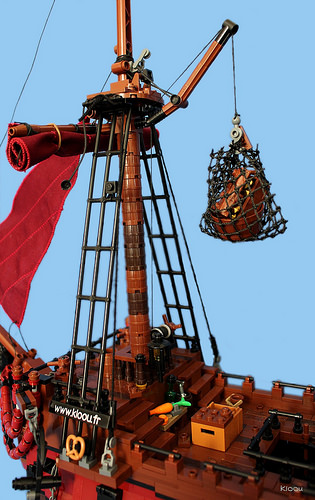