Bricks magazine issue 16 is now available, and this month the main theme is LEGO Castles, with some added Steampunk for flavour, and a little VW Beetle action for variety.

The 124-page magazine has a range of exclusive articles and fan built creations, including a delve inside the magical walls of LEGO’s new 71040 The Disney Castle, and a dangerous encounter for the LEGO Elves as they try to save the baby Princess dragon egg in 41180 Ragana’s Magic Shadow Castle. The magazine explores Michael Kalkwarf’s modular castle system, while James Pegrum illustrates how to build circular towers in his builder’s masterclass. Whilst not medieval but definitely within the realm of fantasy, Rod Gillies explains the Victorian-inspired alternate universe of Steampunk with steampunk-style Ultra Agents MOCs and a look at LEGO’s own take on this genre. 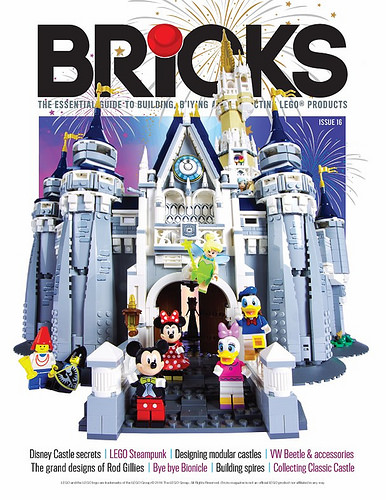 Bricks is available in both digital and print format at a cost of £4.99 or US$6.60 (approx. due to variable exchange rates). Shipping and packaging costs for the print version are £1.50 for the UK, £4.25 for the rest of the world.

Bricks issue 16 scales the castle walls, wonders at the world of steam punk and how to accessorise the VW beetle and camper. 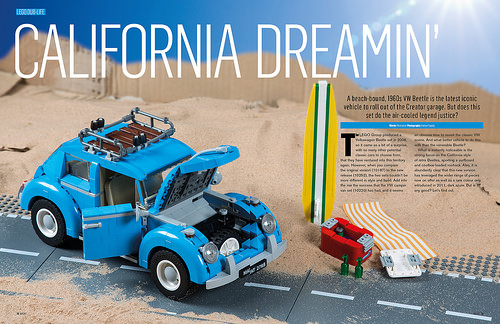 Be they fantastical or historical, castles have long been of interest in the LEGO world. That is probably why they continue play a prominent role in the ever growing portfolio of LEGO products. We have seen everything from pink sparkling homes for princesses to haunted vampire retreats, classic fortresses and even futuristic castles mounted on caterpillar tracks. We have been spoilt for choice, with every taste catered for. 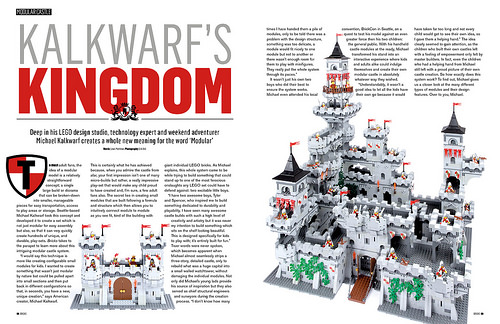 71040 The Disney Castle is the latest offering, and arguably the most iconic of all castles. Bricks delves inside these magical walls to discover all the secrets and nods to the Disney franchise. Every room and brick is explored to discover how this mammoth set captures all that is wonderful in the world of Disney.

Lucy Boughton catches up with our favourite dragon, Miku, for the concluding part of the Elves dragon search which includes a dangerous encounter at Ragna’s Shadow castle, will she make it back safely! 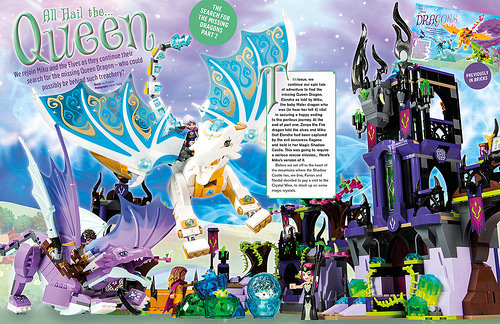 There’s a visit to the Mad Hatter’s house a detailed exposé of Michael Kalkwarfs modular castle system before James Pegrum illustrates how to build circular towers. 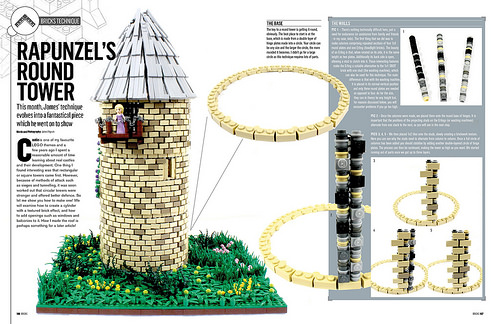 This month we also look at the highly fantastical genre of Steampunk. We speak with expert builder Rod Gillies as he talks us through this Victorian-inspired alternate universe. We meet some amazing steampunk-style Ultra Agents before looking at the LEGO offerings that have been inspired by this style. 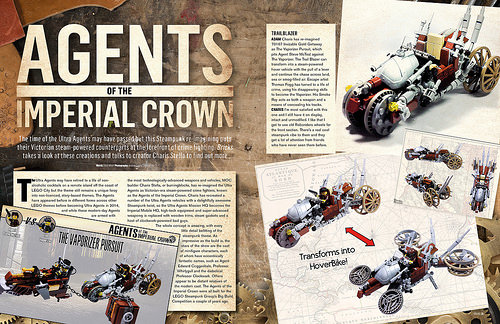