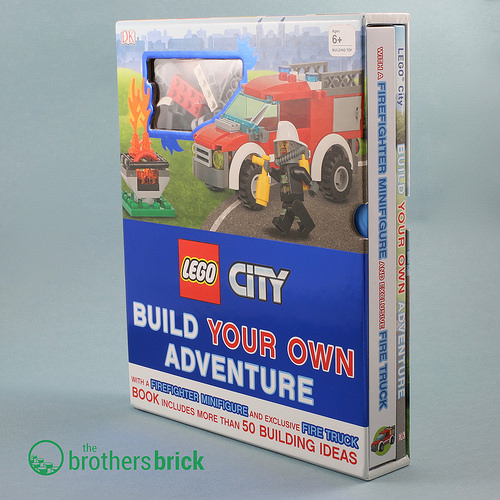 The book’s storyline follows a rather hectic day in the life of LEGO City’s heroic firefighter Brave Ed as he journeys through typical locations within LEGO City, on a mission to get to the end of his shift with enough time to challenge his fellow fire-fighters to a game of table tennis (oh, and to spend the day helping out with rescues, accident scenes and fighting fires of course!). 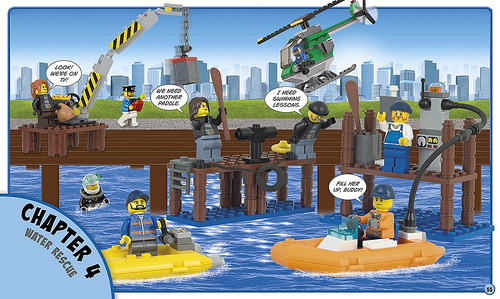 Following the established BYOA format, the book is organized into five chapters structured around different environments from the city world; the park, marina, fire station, on the road, and local businesses such as a hardware store and pizza parlour. The book combines more than 50 inspirational ideas for building with fun little stories from the world of LEGO City that allow the reader to continue the adventure wherever their imagination leads. The inspirational builds were created by fan builder Alice Finch, with additional models built but TBB’s own editor, Rod Gilles.

The book starts by introducing Brave Ed and instructions for his fire truck, a BBQ with hotdog and some fire fighting equipment. There are a couple of pages dedicated to explaining the format and aims of Build Your Own Adventure for first timers, and also a “Builder Talk” section explaining the language that builders use to describe various different kinds of LEGO bricks. 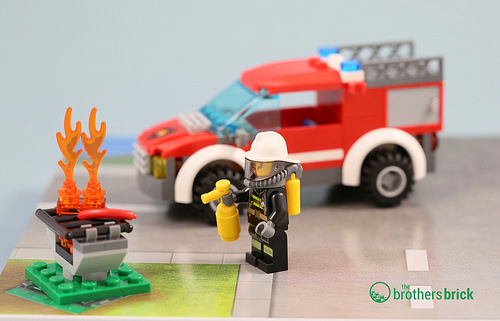 The book comes with a minifigure of the Brave Ed, complete with his breathing apparatus and fire extinguisher, and all the bricks necessary to build his red fire truck. The build is simple and appropriate for the 6+ age guideline for the book.

One side of the parts box features a picture of a crossroads with small water and park areas, that I used to take the image above. I can imagine readers using this as a display surface for taking photos too (probably with their own smart phone). 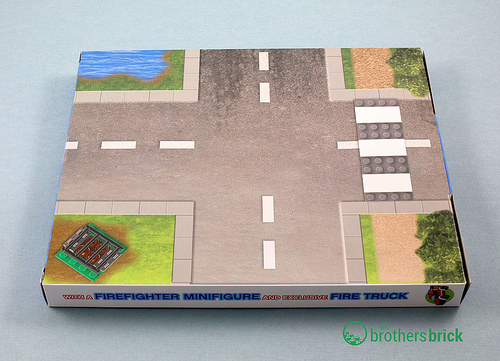 There are rescues, crooks, accidents, car chases and even a helicopter gets involved with a particularly dangerous BBQ fire when a hot dog risks being over-cooked! Each chapter has a selection of locations, events and lots of build ideas that describe parts, point out types of bricks to use, and offer prompts for inspiration. 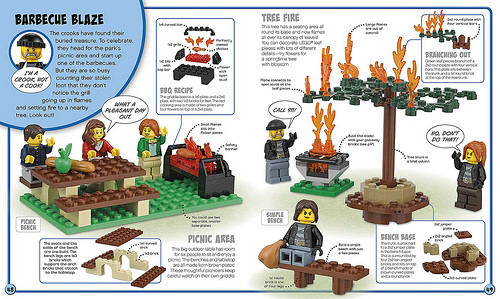 For example, the first location is Ed’s room above the fire station, and he is waking up. The lamp, alarm clock and bedside table in the image below are all contained within the book as images with pointers describing the pieces used. I was inspired to create my own comfy bed – in fact it looked so appealing that I decided to pop my Star-Trek pajamas on and climb right back in! 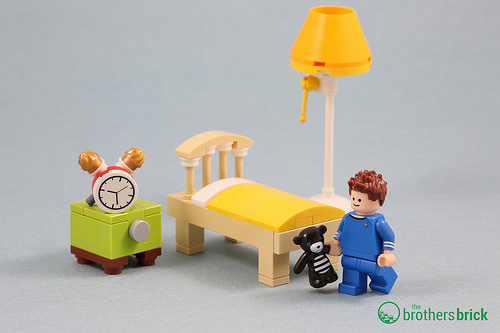 Another example is the Recreation Room at the fire station later on in the book, when Ed gets a welcome break from being a hero. There is a breakdown image that shows how to build a bench-press and barbell. The What will you build? inspirational suggestions are a table football, basketball hoop and pinball machine. I decided to go for some pure cardio in my work out and built my own little treadmill to help me burn off some of those hot dog calories! 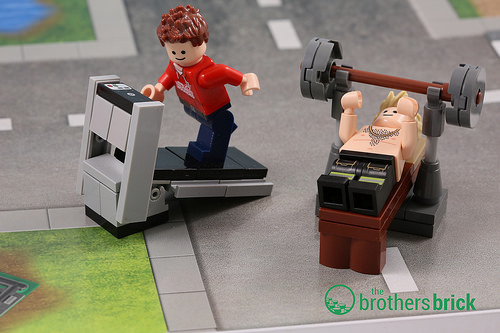 The book doesn’t have to be opened and read from start to finish, and young readers and builders can happily open the book, flick to a page to read the story and be inspired by the builds and ideas. There are lots of cute little builds, from a river raft to a tool rack or a pizza oven complete with conveyor belt! As an adult reading through this, I was genuinely inspired to create a couple of little builds and if time had permitted, I could easily have built many more. 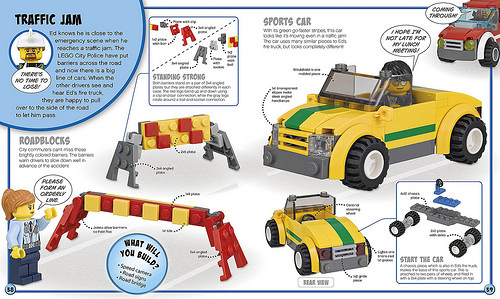 LEGO City: Build Your Own Adventure has a suggested age range of 7-9 but there are enough comedy moments within the story and comic-like imagery to ensure that the parents of said 7-9-year old would not be too distressed by helping out and getting involved. The price tag of $24.99 is reasonable given the inclusion of a vehicle model and minifigure, plus hours of reading and inspirational builds (Note: the book is currently discounted by 18% on Amazon at the time of writing). This is not one for the die-hard LEGO fan builder, but that’s not the aim of the series and I enjoyed having a read, building a couple of models and groaning at the pun-tastic writing. 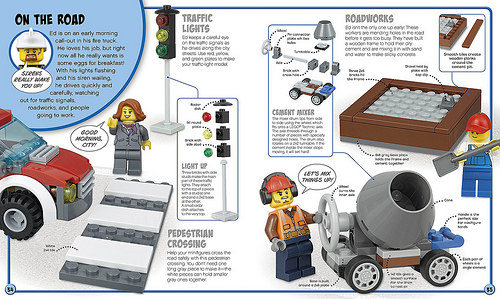