Say what you will about Episodes I through III, but I can appreciate a climactic turning point in a character’s story arc. I can appreciate it, even more, when such a scene is translated into LEGO! Cecilie Fritzvold beautifully captured the final scene of the opening sequence from Revenge of the Sith where Anakin begins his journey to the dark side by killing Count Dooku. The amount of detail jammed into this LEGO scene is fantastic! I love the microscale ships in the background, Palpatine’s clikits handcuffs, and of course, the prone, unconscious body of Obi-Wan in the foreground. 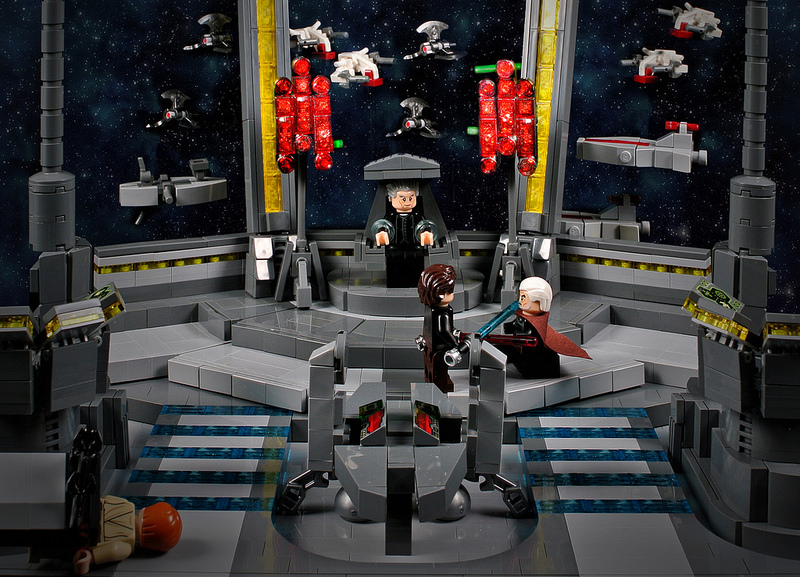 In case you missed it earlier this month, Cecilie also built a micro-podracer from The Phantom Menace. As always, be sure to check out all of Cecilie’s builds on Flickr and may the force be with you.