Sometimes, life may be different than it appears, and comfort and fear may arise from the same space. Jonas depicts such a contradiction in the Middle Ages. His small but effective build is filled with many details and master craftmanship. The top level is occupied by a Medieval beauty enjoying her hot tub. She possesses some luxury items such as a mirror, perfumes and books which were rare for her time. She seems completely unaware of the horrifying truth happening far below. The middle floor seems to be furnished to brew homemade beers, and the arched ceiling makes the room dark and cramped. Even with the presence of mice, the room may be enjoyable for a certain type of person who wishes to craft a beverage in silence. But the big barrel hides a secret trap door which leads to misery in the lowest level. A poor man is tied to a big wheel and his screams only echo in his spinning head, which is filled with the laughter of this masochistic band. Considering the torture tools scattered around, he will suffer a lot. 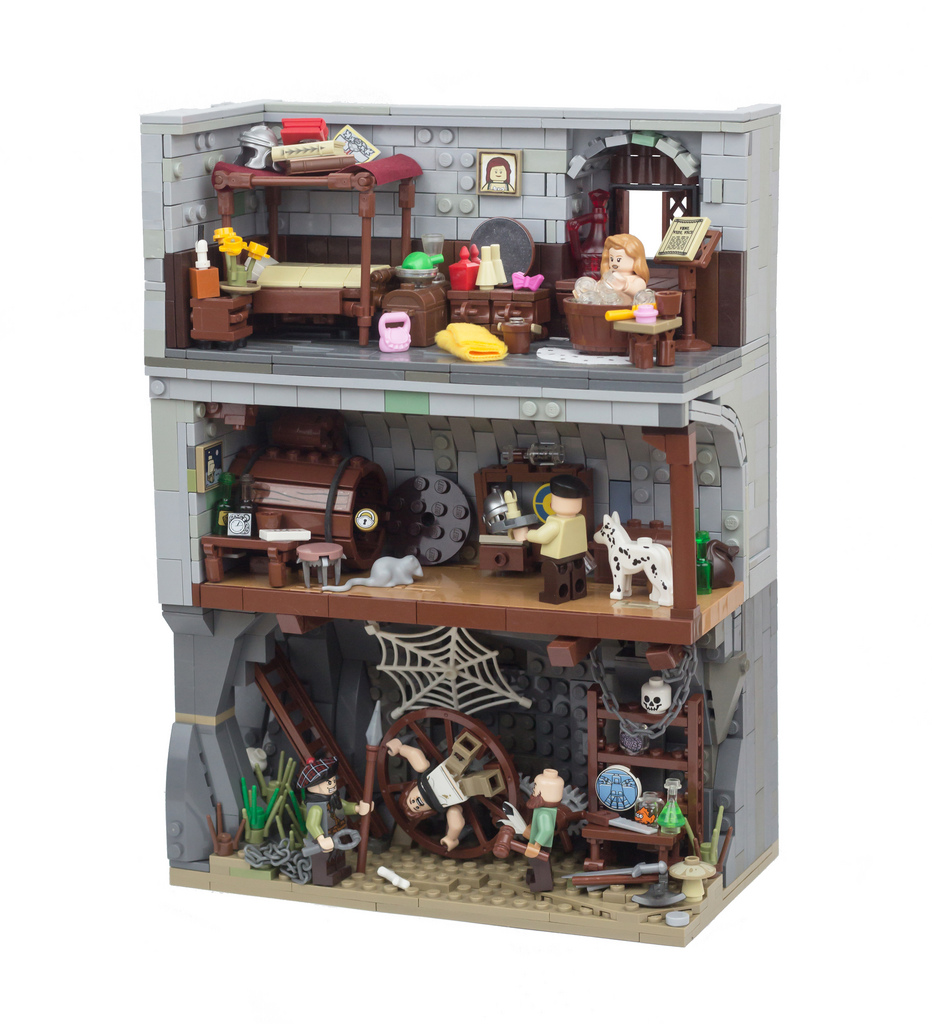