We’re continuing our reviews of the latest wave of Nexo Knights sets with the four new “Ultimate” figure sets: 70336 Ultimate Axl, 70337 Ultimate Lance, 70338 Ultimate General Magmar, and 70339 Ultimate Flama. Each of these four sets includes a figure and a load of accessories, and will retail for $10 USD when they are officially available August 1. Today we’re finishing up the Ultimates with a look at 70338: Ultimate Flama. 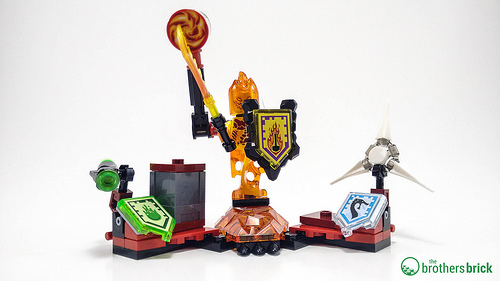 This set probably has the best minifigure of the entire Ultimate subtheme so far. Flama really does look like a monster made out of lava, much more so than anything else out of the “Lava Monster Army.” This is thanks to the recoloured spectre legs piece as well as the reappearance of the headpiece we first saw in 70162: Infearno Interception. 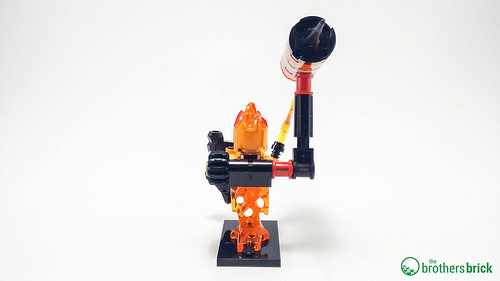 To make Flama even more intimidating, the main build is a giant hammer attached to the back of the figure. In a world already full of oversized minifigure weapons, this may be the most oversized. You’ll see in the pictures that I either had to put Flama on a collectible minifig base (not included in the set) or—what is actually recommended in the instructions—put the hammer on the floor to get the figure to stand. The hammer has a a gear to move it up and down, and it works fine until Flama’s left arm gets pushed back and rubs on the gear. It won’t take long before the toothed gear starts destroying the arm or vice versa. 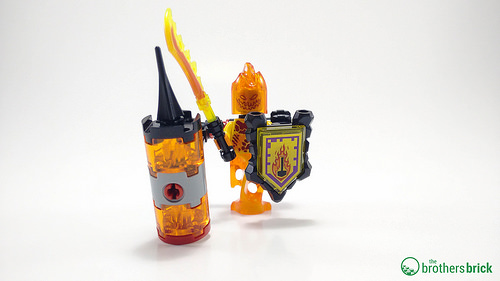 The second configuration is a just a stud blaster; nothing too exciting. The last build is a strange three-sided blade weapon based on the Ninjago Aeroblade core. These two are just separate hand weapons, since that giant hammer remains attached between the different configurations. 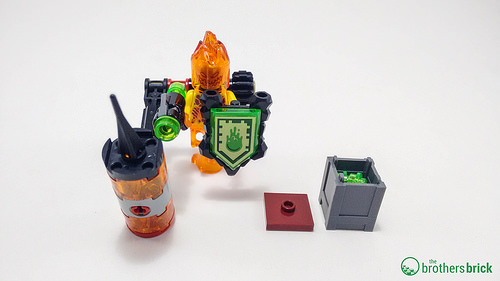 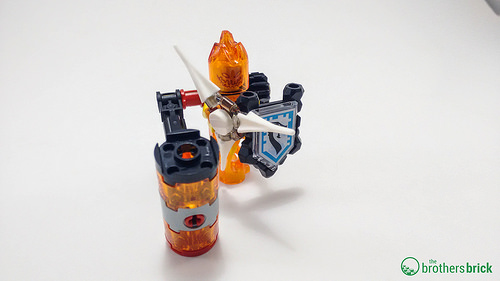 Flama is a must buy from this wave of Ultimates. The figure is great, and going around hitting stuff with that giant hammer is hilariously fun, no matter your age. Just be careful to keep the minifure’s arm out of way. 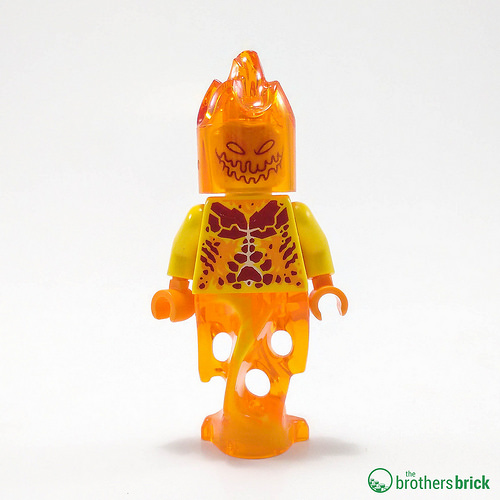 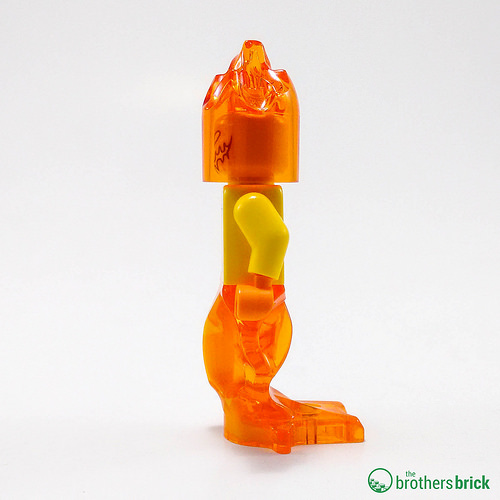 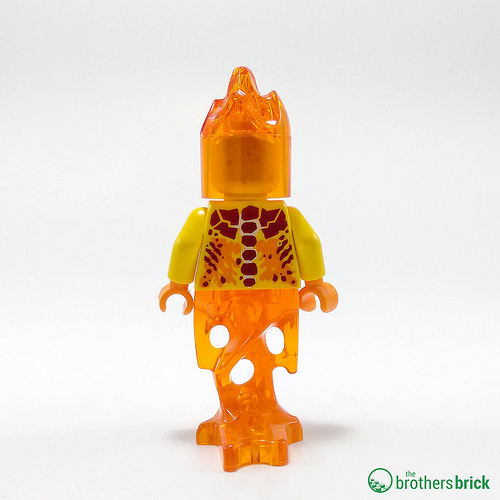 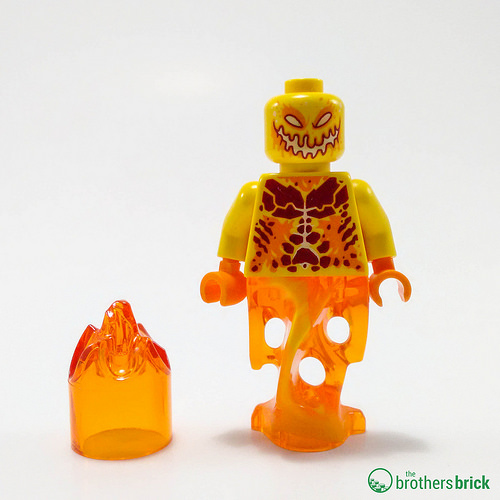 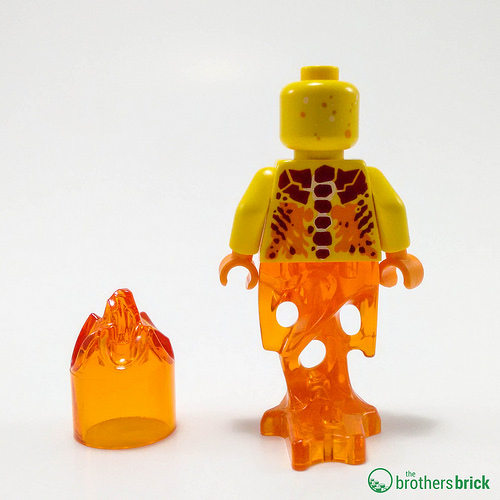