When my friend Lego Junkie posted his version of Mack from ReCore a few days ago, I only had a sketch model of heads for the main characters Mack and Joule. His version, as well as new gameplay footage and screenshots from E3 of these characters, was just the motivation I needed to move forward with said sketches. 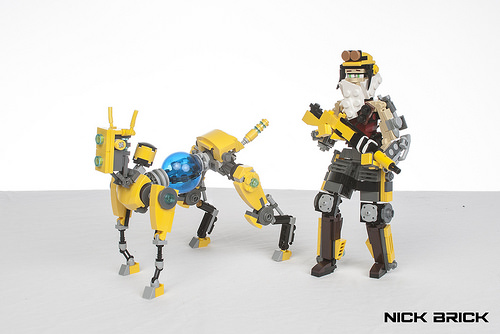 When it comes to building from existing IPs (which, honestly, is most of what I build), I pay very close attention to small details and attempt to work out how mechanical bits supposedly function. This meant building in as many joints and pistons into Mack’s legs are shown in reference pictures and getting their relative thicknesses believable, or placing the pulleys in just the right spots on Joule’s “extractor” grapple hook launcher on her left arm, for instance. 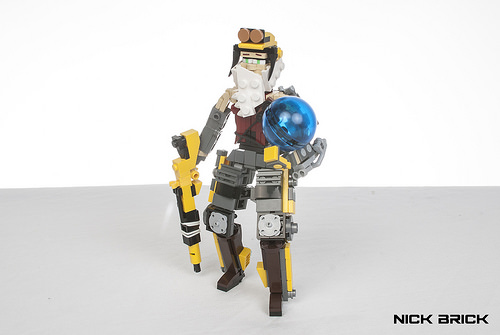 The technical bits aren’t the only details I focus on. Joule’s expressions are shown a lot through her eyes as most of the time she wears a scarf of some sort. It took four different versions of the eyes using various cut LEGO sticker techniques and types of 1×1 round plates/tiles to come up with the final version. As for Mack, it was a challenge to keep his core close to a perfect sphere with the two trans blue dome pieces used. What worked was a combination of a LEGO watch face piece holding the two domes together internally and a squished 3mm hose running through notches in the domes to connect the front and rear legs. 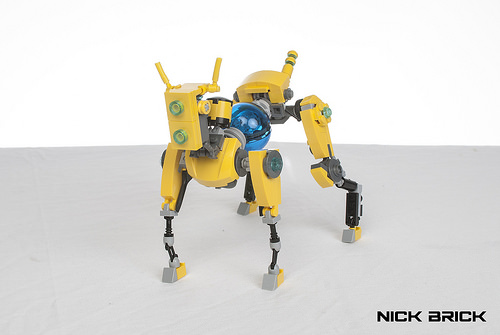 See more photos of Joule and Mack on my Flickr.