Ever wanted a giant LEGO minifigure? French artist Mat Green, who specializes in welding, decided to put his considerable metal-working skills to use crafting these remarkably accurate renditions of a LEGO minifigure and a LEGO skeleton. Mat tells us it took him two months to craft the minifigure, whom he’s named Hugo. Hugo weighs 110 pounds and stands over four feet tall. The coolest thing about Hugo though, is that he’s just as poseable as his plastic siblings. Mat then created Pablo, whom he says is a Mexican punk rocker skeleton. Pablo weighs 130 pounds, and comes with a removable Mohawk. 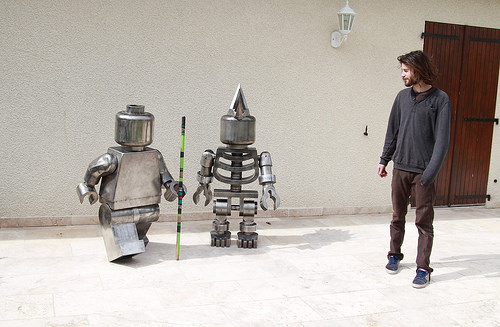 Mat says he spent a “crazy load of time” building Hugo and Pablo, because he wanted them to be as accurate as possible. “You sure have to be crazy about Lego to spend that much time on an object. The skeleton sure was harder to make than the classic one because they have many details you have to care about if you want it to look just like the original skeleton,” he said. Consequently, Hugo and Pablo come apart into almost as many sections as real minifigs, proving they come by their poseability honestly.

Mat tells us these creations are going to be one-of-a-kind, though he may build unique minifigures of other characters. If you’re interested in buying one, he might be convinced to sell, but he tells us they won’t come cheap since they represent over five months of labor: around €11,000 for Hugo and over €13,000 for Pablo. In the meantime, Mat is happy to have them travel around for art shows, and if you’re in Vichy, France, you just might spot one. 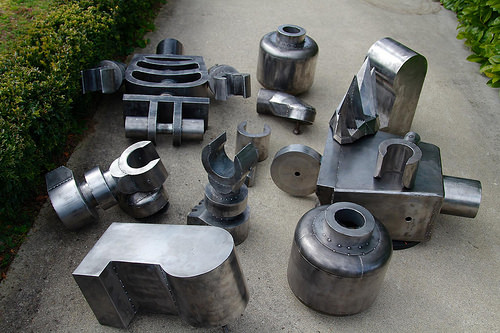 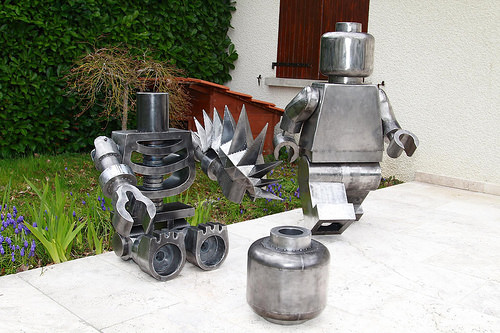 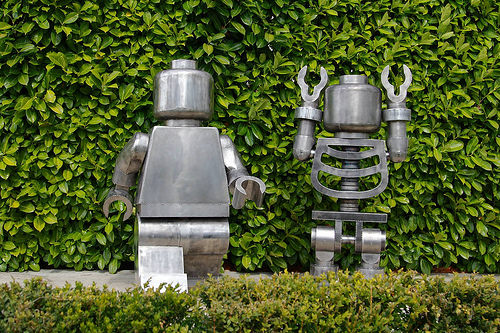