While it’s not the first time an astronaut has flown with LEGO into space, it’s always exciting to LEGO and space travel make the news for the same reason. Back in September, we reported that Denmark’s first astronaut, Andres Mogensen, flew with LEGO up to the International Space Station as part of Expedition 44.

It’s been exciting first week of March for space travel as American Astronaut Scott Kelly and Russian Cosmonaut Mikhail Kornienko returned to Earth after 340 days in orbit as part of ongoing scientific studies for long-term spaceflight. They left behind minifig doppelgangers of themselves, courtesy of Tim Peak from the European Space Agency. 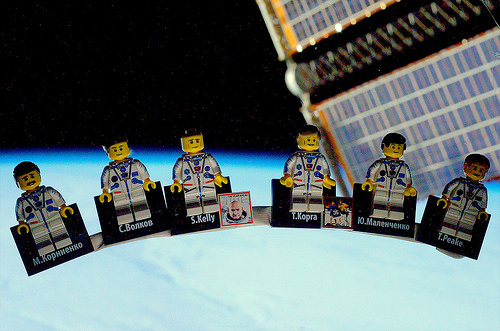 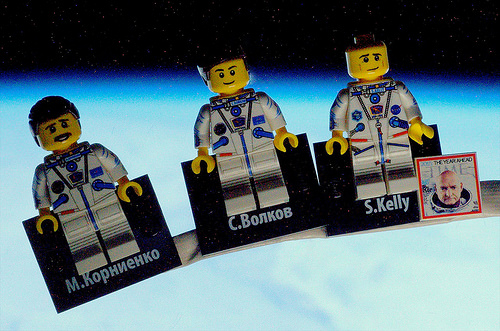 The set of custom minifigures were created by Minifigs.me at Tim Peake’s request as a gift to the current and departing members of Expedition 46. Scott Kelly comes with a custom 2×2 tile of
his front-page cover for Time Magazine; Tim Kopra has a photo of him gifting a space-flown jersey to NHL player Rekka Rinne.

You can read more at collectSPACE. 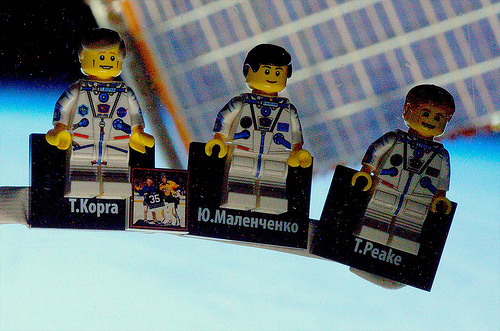