We’ve posted several impressive LEGO-built games over the years (including LEGO versions of Settlers of Catan, Trench, Go, and even a LEGO Star Wars pinball machine), but Jonas‘s Lord of the Rings-themed game is truly jaw-dropping. This one hundred percent LEGO, fully functioning pinball machine includes microscale scenes from all your favorite Middle Earth locations, including Hobbiton (the ball shooter lane), Helms Deep, Ortanc, Weathertop (a bumper), Fangorn, Minas Tirith, and even the Black Gates of Mordor (each gate is a flipper!)

The machine is over two feet long and a foot wide and tall (or 62cm x 32cm x 36cm to be precise) and Jonas says it took him twelve straight hours of work and more than 2000 pieces to create this arcade masterpiece. 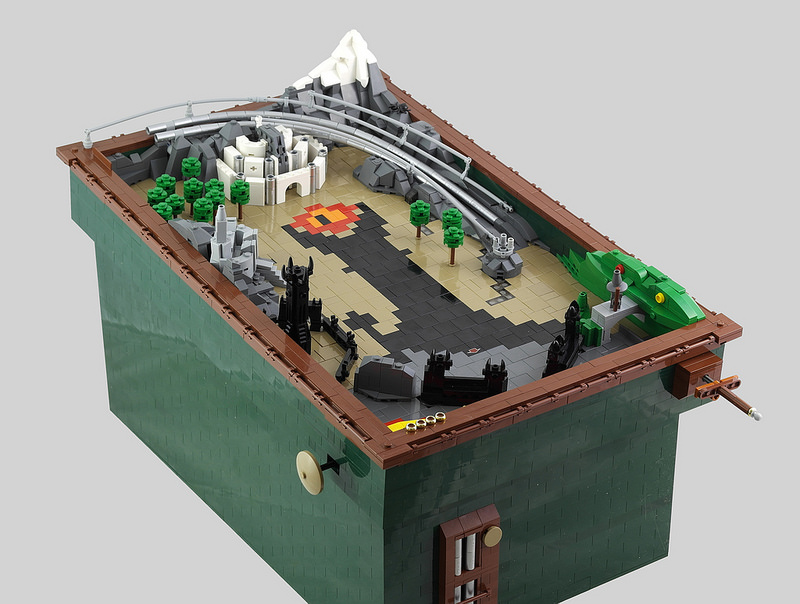 Watch the video below to check out the game in action and remember, no shaking or nudging allowed!

We spoke with Jonas briefly about the challenges and inspiration for creating a working pinball machine.

The Brothers Brick: Where did the idea come from?
Jonas: I mostly tend to build creations that focus highly on the aesthetics, colors and details. To push me out of that comfort zone I decided to build something that had to have real working features. A pinball machine seemed to be something that could be fun to build and fun to play with later.

TBB: Why Lord of the Rings for pinball? Isn’t that an odd mashup?
Jonas: Odd mashups are way more interesting than mashups you would expect. But the real reason for the mix with Lord of the Rings was simply that I hadn’t built something from my favorite movies for ages. Furthermore I planned the pinball machine in a pretty large scale, so I had to watch out to have the right amount of bricks in the right colors available. After collecting bricks for Middle Earth creations over the last few years, choosing to use that color palate would be a safe bet.

TBB: What was the biggest challenge you encountered while building this?
Jonas: Definitely the play features. To get the flippers right was pretty easy, but I had some problems with the pin. I used one of those springs that comes from the Technic suspensions and I realized that the power of that spring was way stronger than the clutch power of the bricks.

TBB: What’s your favorite part of the final creation?
Jonas: After all that struggle with the play features, I’m very happy that it works now. 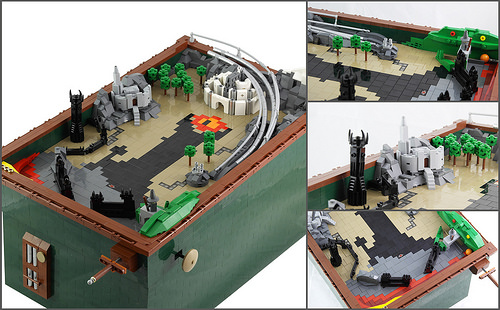