Following on from his recent adventures in London at the Houses of Parliament,  Rocco Buttliere is back on the other side of the ‘pond’.  Rocco’s latest build in his 1:650 Architecture series is 40 Wall Street in Lower Manhattan.

Rocco tells us that 40 Wall St is a 927ft, 70 storey skyscraper, completed in 1930.  It held the title of World’s Tallest building for less than a month before the Chrysler Building took the title (albeit after a bit of arguing). The building was designed by lead architect H. Craig Severance in collaboration with associate architect, Yasuo Matsui.

The view of the other side of 40 Wall Street shows the number of setbacks required to form the building. Rocco tells us, “The dramatic massing due to the density of setbacks on the major block of 40 Wall St, is a result of the 1916 Zoning Resolution. This ordinance required the footprint mass of the building to diminish accordingly as the height of the building increased.”  In other words, as the skyscraper goes up, it needs to get smaller – seems like a good idea to me too… 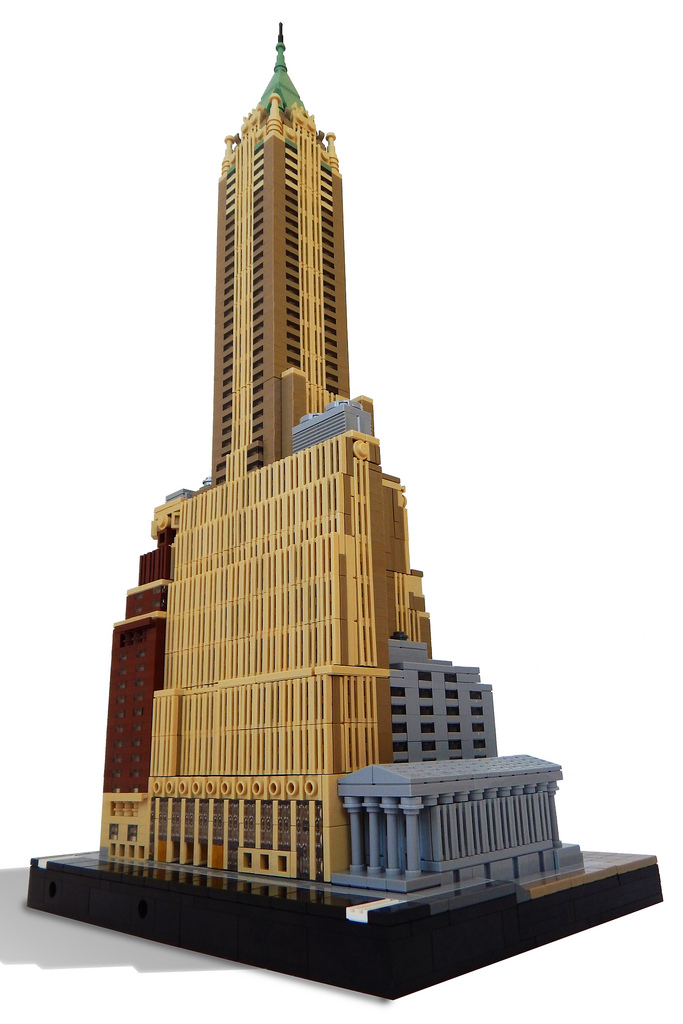 Apparently this creation had been on hold until LEGO Architecture Venice 21026 was released as it provided the sand green quadruple convex slope which tops the gabled roof. Did you spot the screwdriver at the top?