As often as we feature LEGO mecha here on The Brothers Brick (and make excuses for doing so), I’d really love to see more of the massive, kaiju-hunting Jaegers from Pacific Rim. A couple years ago, Jason Corlett built a monstrous LEGO Cherno Alpha at micro-fig scale (the tiny one-piece figures that come in LEGO games and sets like the Shield Helicarrier), and he’s just followed that up with the Australian Jaeger Striker Eureka. 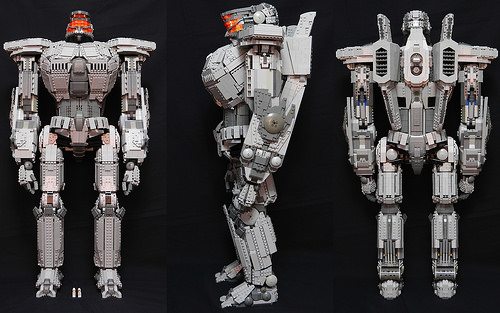 Jason’s Jaeger has a number of features, including anti-kaiju missiles in its chest. 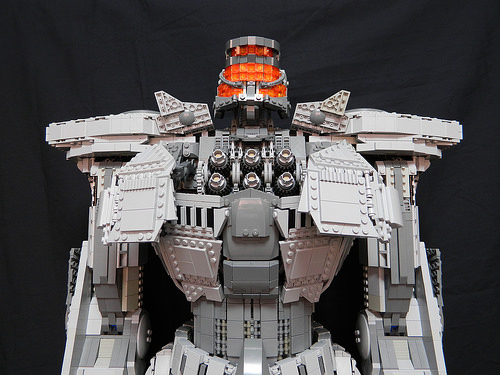 The arms can be mounted with Sting-Blades and the back features giant engines. 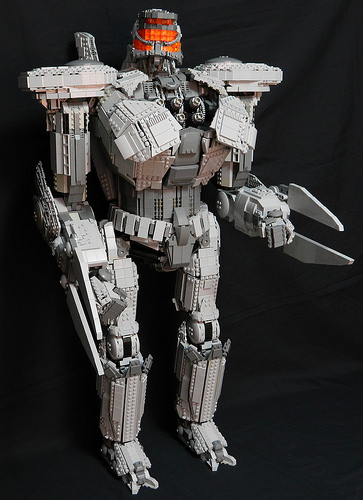 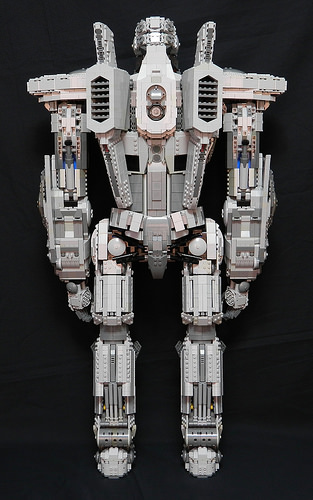 You can see more photos of this monstrous mecha Jason’s album on Flickr.