Today is Chinese New Year, celebrated around the world by people from many different countries. According to the Chinese Zodiac, this is now the Year of the Monkey, so LEGO builders have been posting a plethora of simian creations in honor of our cousins.

Many of the LEGO models feature Sun Wukong, the Monkey King hero of the Chinese epic Journey to the West (and its many adaptations for film and TV). Donna Liem puts the iconic hero astride a cloud in the sky. 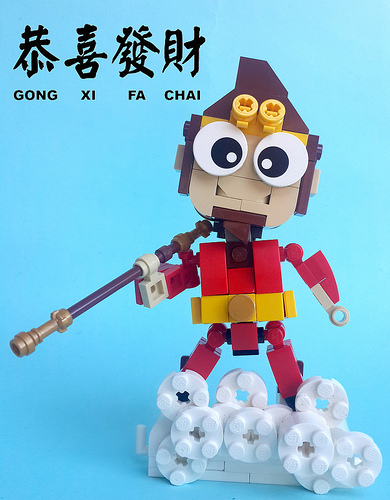 Omar & Kazumi Ovalle have created a pair of monkey-themed LEGO models — a plaque and a bust. 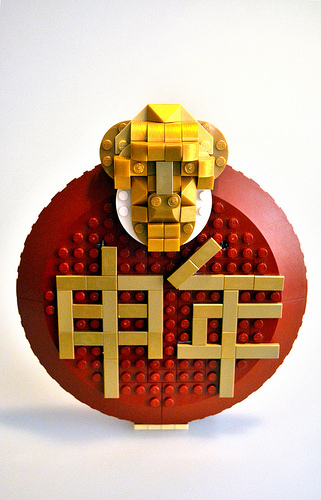 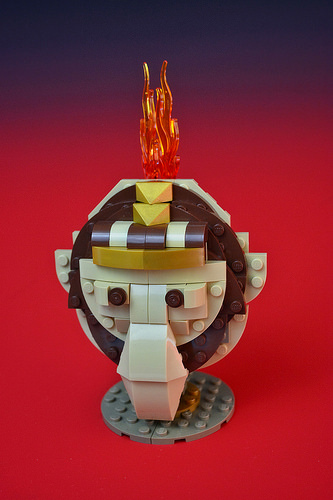 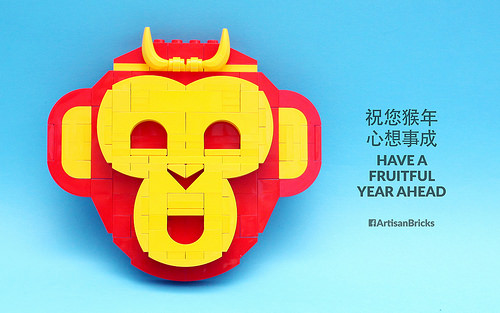 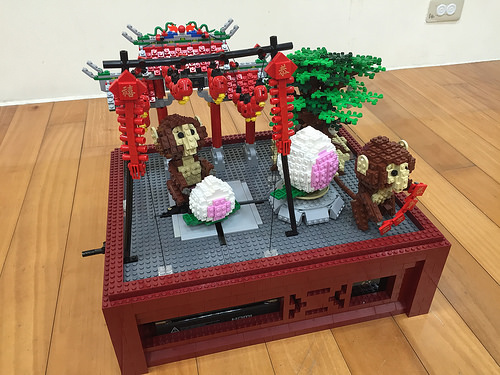