Grantmasters has recently built a scaled down version of the Playstation 4. As an extra challenge for this month, Grantmasters is using this unusual Belville shoe part in his builds. The game controller is particularly cool in this build thanks to the shaping provided by the shoe part. 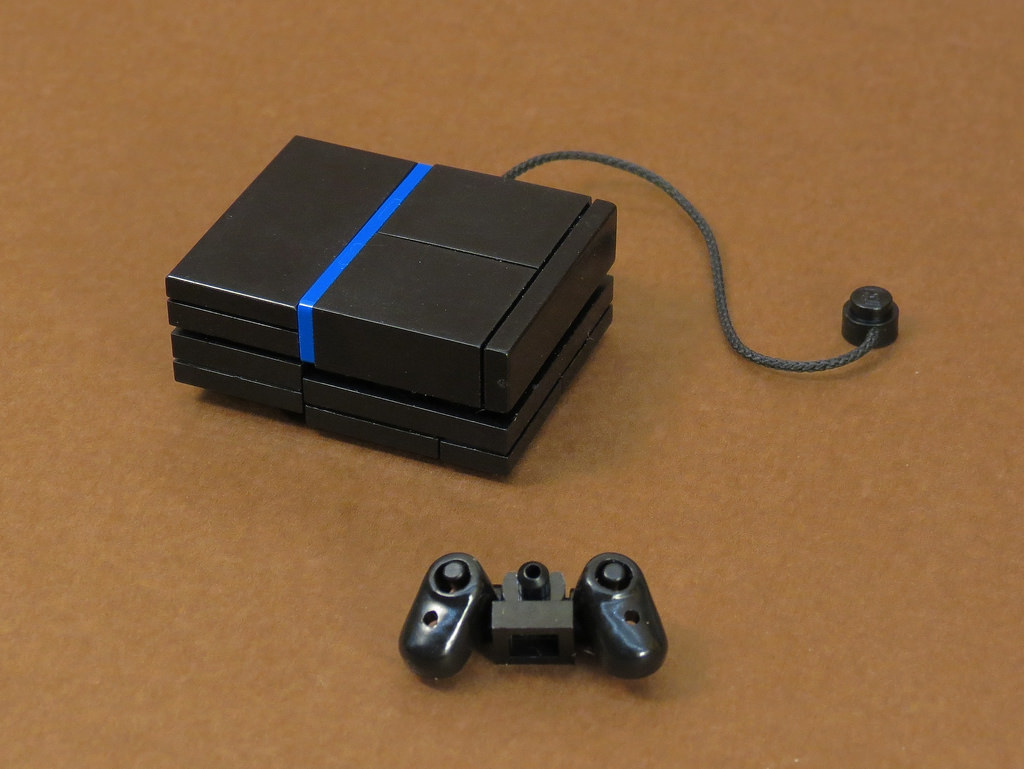 Video game consoles have been represented in LEGO by a few other builders too. Chris McVeigh (powerpig) has a lovely collection of consoles, including his previously blogged Atari 2600. Chris’ Nintendo NES comes with cartridges to blow on before you insert them into the console. 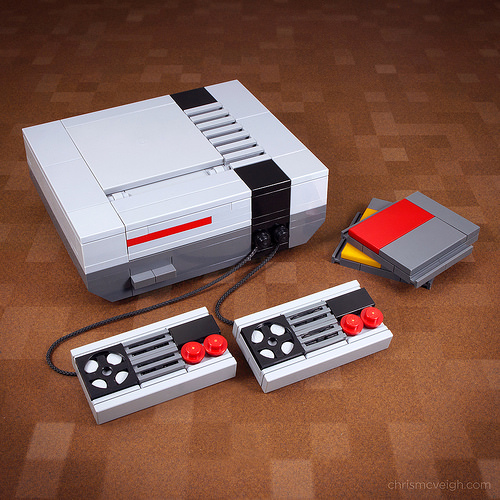 If you want to see more video game consoles and handhelds constructed from LEGO, here are some others that we have featured: