The latest creation by builder Centuri is Jareth the Goblin King from the fantasy movie Labyrinth. Labyrinth was released in 1986 but lives on with cult status amongst its fans. It tells the story of a selfish 16-year old girl who is given 13 hours to solve a labyrinth and rescue her baby brother when her wish for him to be taken away is granted by the Goblin King. 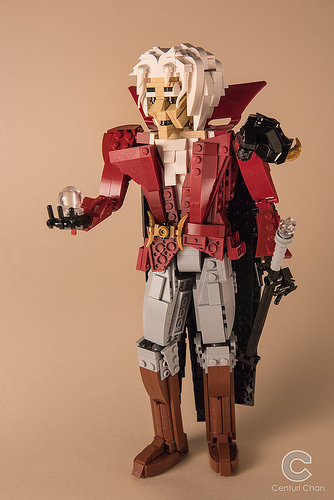 With the recent death of David Bowie, Labyrinth was shown in some cinemas in the UK to raise money for cancer research. In addition, it has been reported that Hollywood is planning a sequel, although in my eyes the role Jareth the Goblin King will always belong to Bowie.