LEGO continues its Star Wars “Microfighter” series with Wave 3, released in January. With new sets from The Force Awakens, 75125 Resistance X-wing Fighter is the first Microfighter we’re reviewing here on The Brothers Brick. This set includes 83 pieces and the usual solo minifig, and retails for $9.99. 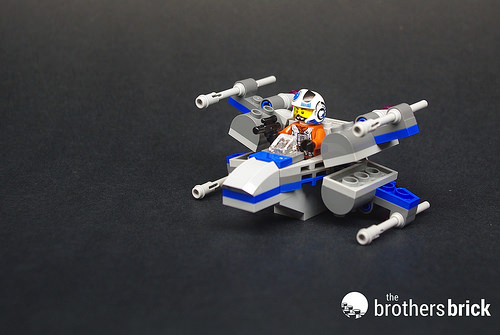 75125 Resistance X-wing Fighter depicts the T-70 X-wing released last September as a system-scale X-wing set, but in the blue-and-white coloring seen in the movie. (As is obvious from the photos, this set shouldn’t be confused with a second rumored system-scale version that shares a placeholder set name listed on sites that release unconfirmed info…)

The X-wing’s S-foils open and close, with flick-fire missiles on the end of each wing. The pilot sits in an open cockpit, but there’s no droid behind the pilot. The rear of the X-wing has the basic hexagonal shape right, with some extra detailing. 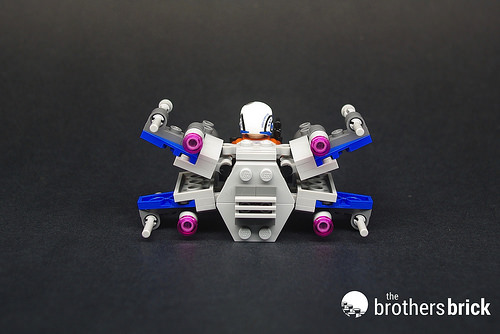 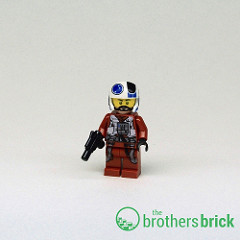 The torso and legs are the same as the ones on the flight suits in Poe’s X-wing, and Snap has a bearded face with no alternate face on the other side of the head. The helmet has all-around printing, with aurebesh text that I will leave once again to our readers to decipher. 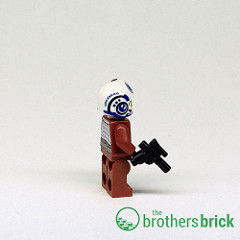 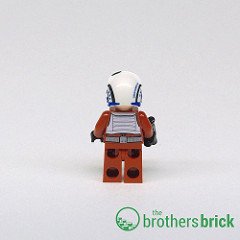 This isn’t the first X-wing that LEGO has released in Microfighter form. In early 2014, LEGO released 75032 X-wing Fighter, which depicted an X-wing from the Original Trilogy. The two X-wings are only superficially similar, with different wing widths, engine shapes, and so on. The most obvious difference is that the Resistance X-wing lacks a droid head, apparently dropped because of the shorter fuselage length due to the Resistance X-wing’s longer nose (overall, they’re the same length). 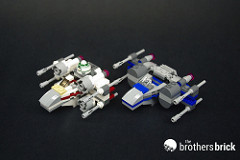 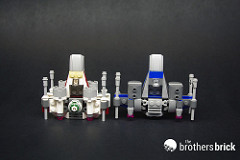 I’ve been enjoying the LEGO Star Wars Microfighters vehicles for the last couple of years, but in this case the star of the set is less the adorably miniaturized vehicle than the previously unavailable Snap Wexley minifig. There aren’t really any rare or unusual parts in the X-wing, and nothing in any significant quantity regardless. Nevertheless, it’s a fun, low-cost set with a cute vehicle and a great minifig, so I can definitely recommend it.

75125 Resistance X-wing Fighter retails for $9.99, and includes 83 parts and 1 minifig. It’s currently available from Amazon.com (but only at third-party markups), and we expect it to be available from the LEGO Shop and elsewhere soon. LEGO provided The Brothers Brick with a copy of this set for review, but free LEGO from Billund guarantees neither coverage nor a positive review.