Trying to summarize almost half a century of accomplishments and innovation in a couple of paragraphs would be futile, so I won’t even try. Yesterday a singular artist departed this particular plane of existence, leaving us with a body of work that will no doubt be remembered for another half century to come (including one final album, released just a few days ago).

Somehow we overlooked this gorgeous LEGO sculpture of Bowie’s Aladdin Sane album cover, built by Gabriel Thomson as an entry for the 2014 MOCAthalon contest. So let’s fix that now. 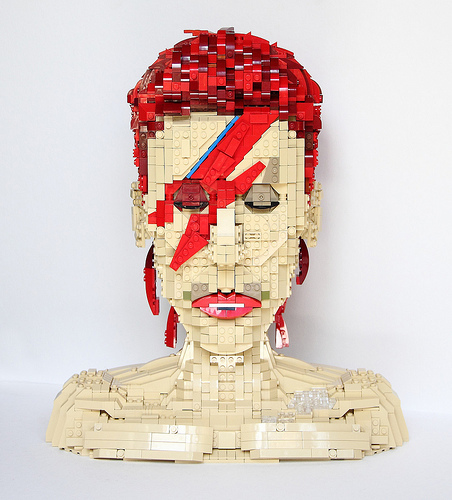