Now the festivities are over, the presents opened, and the New Year welcomed in, we can turn our focus to Droneuary. During the month of Droneuary, there is a definite surge in the production of new drones within the LEGO community. These Wichtigtuer Beinenstick (lit. “busy-body beehive”) drones by our very own Simon Liu are busy with a hive task. 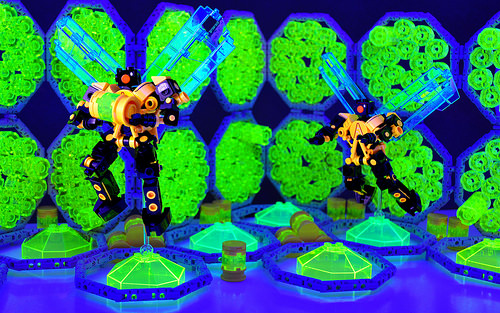 Simon’s winged, honey-logistic drones were developed in response to comments on the original Wichtigtuer drone, which launched a couple of days ago. The original pectacular drones came armed with an ingenious brick-built weapon, complete with ironsight. Clearly the winged drone had to drop some lower body weight to achieve the miracle of flight. 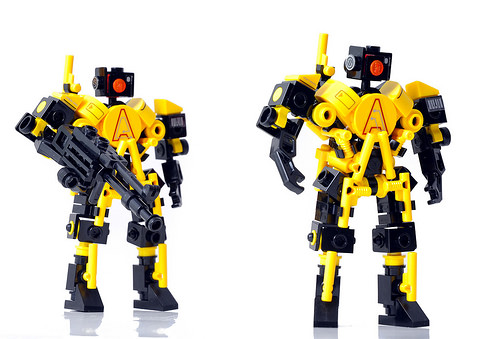