File this under “ideas I wish I’d thought of first”. From Jeff Friesen, award-winning photographer and author of United States of LEGO: A Brick Tour of America, comes a delightful new book of LEGO dioramas paying homage to the work of enigmatic graffiti artist Banksy.

Inside its 9″ x 9″ hard cover, the very inexpensive Bricksy: Unauthorized Underground Brick Street Art features 84 carefully constructed and beautifully photographed scenes, each based on a different Banksy work. For reference purposes, thumbnails of the originals appear on every page, and are also compiled into a visual index at the back that even cites the original image sources. 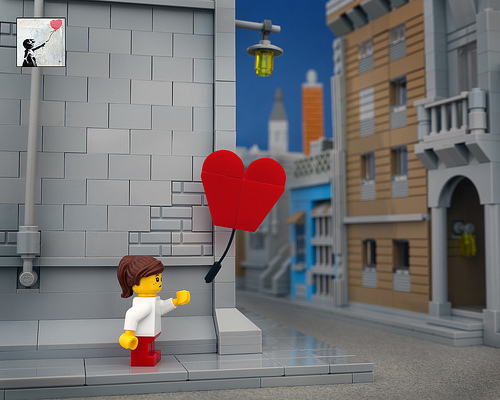 Rather than merely trying to mimic Banksy’s works in LEGO, Jeff embellishes them and expands upon them to service his own unique sense of humor. It’s as though we are pulling the camera back from the original, and seeing it in the context of a whole new backstory. This definitely makes the book more appealing, although true Banksy aficionados may balk at such brazen reinterpretations. 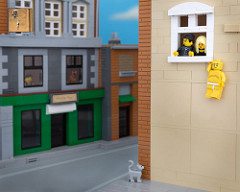 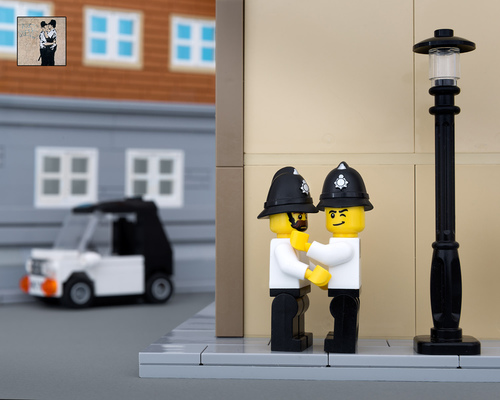 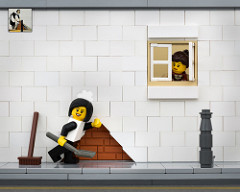 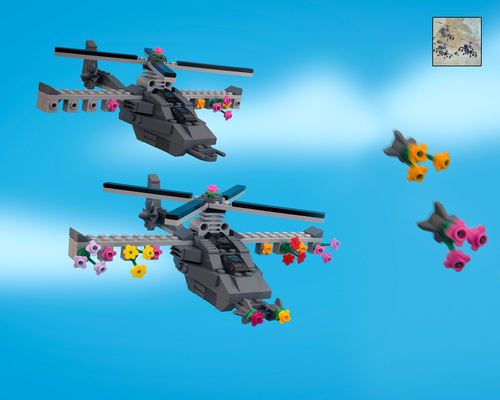 As this gallery of images shows, many Banksy standards make an appearance – my personal favorite being the meat wagon “mobile installation” featured in the documentary Banksy Does New York. As you might expect, the scenes are all built to minifig scale, making extensive use of the rich array of collectible minifig components now at LEGO fans’ disposal (this book could not have existed 5 years ago). All the buildings and other background details are completely brick-built, with some skillful use of forced perspective. I also enjoyed the repeated appearance of a large brick-built rat!

Bricksy: Unauthorized Underground Brick Street Art is available on Amazon in both physical and digital formats. And it’s currently less than $10, so I recommend you grab a copy of this awesome picture book right now, to fill that spot on your coffee table next to the Beautiful LEGO trilogy.