Back when we were hearing rumors of the upcoming 2016 sets, it was hinted that the next place for the Ninjago theme to go was straight up with a floating-rock setting reminiscent of Bioschock Infinite.

Now we have an official taste of the upcoming change of setting, and it seems to be called “Ninjago Skybound.” It is accompanied by the text “Careful what you wish for”. 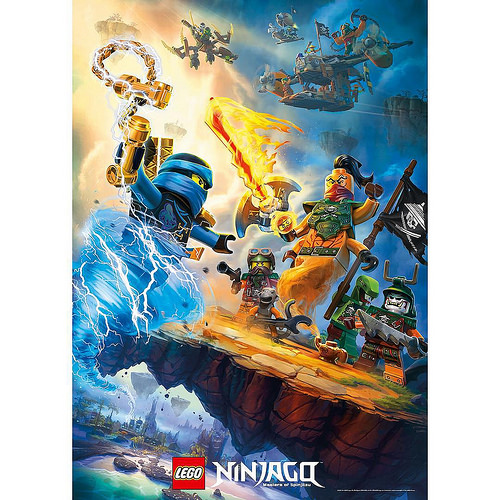 In the artwork we can see some new set(s) being shown off with two airships and a dragon-type creature. The overall feel looks very Steampunk, which we’re sure will make a lot of people happy. The most interesting aspect we can see is what looks to be a new bigfig that appears very similar to a Shredder from Teenage Mutant Ninja Turtles who has been experimenting with steroids. Also, check out that monkey-wrench wielding monkey! Finally, the presence of a bad guy and the “Careful what you wish for” text makes us believe the new setting will tie into genie mythology.